This School Set Inside A City Museum Is Redefining Education

Field trips as you knew them are obsolete. At this school, every day is a field trip. 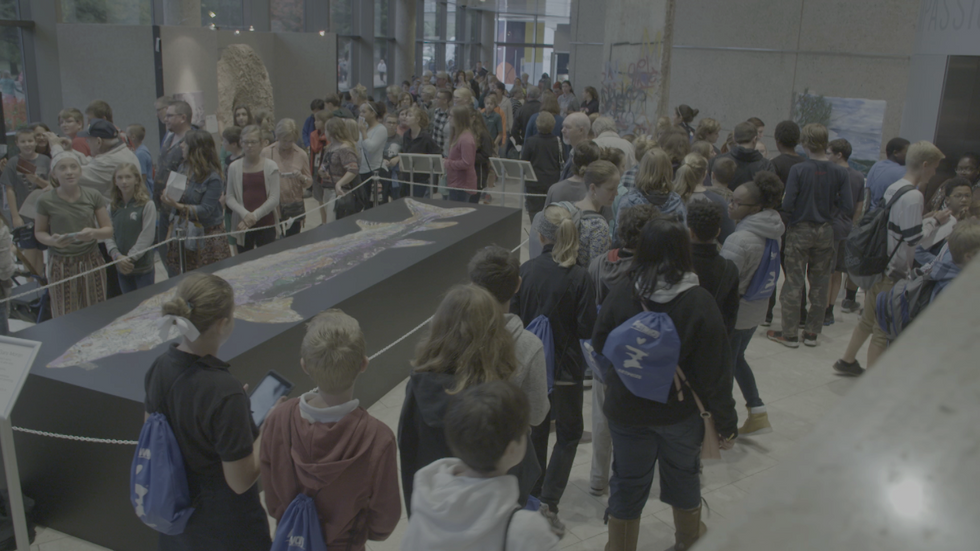 Class trips are always among the most highly anticipated days on the calendar for students. Hours-long learning sessions outside the confines of the school building — at planetariums, zoos, museums, and other enclaves — are exciting if only because they break up the monotony of the school day for so many kids.

But there’s one school in Michigan that permits its teachers to take students on class trips anytime they want, and they don’t even have to leave the building to do so.

The classrooms of Grand Rapids Public Museum School are located inside a city museum, facilitating hands-on learning opportunities every day — no bus rentals or permission slips required. Teachers incorporate the exhibits and the 250,000 artifacts and specimens housed by the museum into their lesson plans at will. Such a progressive approach pairs foundational learning with “experiential learning,” which spurs active engagement on the part of students. This has been found to increase retention in learners across age ranges.

“It’s a pretty incredible place,” says Grand Rapids Public Museum School founding principal Christopher Hanks, who was so enthused by the school’s model that he left a tenured teaching position at a college to preside over it. “It seemed like such a novel idea and an opportunity to rethink a lot of traditional methods of schooling.”

Hanks points to the “compartmentalization” of education, with so much of what goes on characterized by extreme rigidity, as one of the system’s more concerning issues.

“We know by studying the brain and how learning happens, the most memorable experiences are the ones where we’re working hard and we’re having tons of fun,” Hanks says. “We want to create that combination as much as possible. We’ve done a lot of things right, and we’re working on some more things.”

And the education kids are receiving at Grand Rapids Public Museum School is memorable to say the least. The school features a program called “Lyceum,” which is Latin for “school.” Inspired by Aristotle’s theory that great education is done through the “hands, head, and heart,” Grand Rapids Public Museum School invites community members to propose hour-long series of classes that would take place after school over the course of six or eight weeks covering any topic.

The faculty shapes the programs to make them best suitable for middle schoolers and has the students pick the ones they want to be a part of. “There’s an astronomy lyceum at the museum’s planetarium every semester,” Hanks says. “There have been several computer programming classes; we’ve had a sewing class, surrealistic painting, slam poetry, fishing, origami, bicycle repair, documentary filmmaking, French cooking, you name it.”

[quote position="full" is_quote="false"]Located in the heart of downtown Grand Rapids, the school is in the perfect location for this kind of diverse experience, with a strong sense of connection to the surrounding community where they live and learn. [/quote]

The art museum is a quarter-mile away; the public library is also the school’s library. The school also has a contract with the local YMCA that allows physical education classes to be held there. Hanks says they travel to the city’s parks frequently as well.

“Our students are in the community all the time,” he stresses.

Hanks describes one powerful lesson, done the Grand-Rapids-Public-Museum-School way, that revolves around a section of the memoir written by Malala Yousafzai. Yousafzai is a Pakistani girl who advocated for expanded education for female youth in her country and, because of her dissent, was shot in the face by a Taliban gunman. Yousafzai survived, published her story, and became the youngest person ever to win the Nobel Peace Prize at the age of 17.

“I was in the room when they were reading the beginning of the chapter where she has three hours to pack up her most valuable belongings and leave her house, possibly to never return,” Hanks recounts. The students discussed what they would take with them if faced with similar circumstances. Then, they walked out the door, traveled down just one flight of stairs and ventured into the museum’s exhibit called “Newcomers,” which covers the arrivals of immigrant groups to Western Michigan over the years.

The teacher continued the class in the train station set up in the exhibit, with the students surrounded by suitcases, photographs, and other mementos carried by immigrants as well as stories about the travelers and associated vocabulary words on display panels. One of the lesson’s big takeaways was the fact that people — across eras and the continents — will have their differences but are also similar in so many ways.

Grand Rapids Public Museum School opened in fall 2015 with just a sixth-grade class. Now in its third year of existence, the school welcomes students from sixth through eighth grade, and after winning a grant from XQ: The Super School Project, organizers are set to open a high school component as well starting in fall 2018.

Grand Rapids Public Museum High School will initially serve 90 ninth-graders, but eventually, there will be 360 kids enrolled from ninth through 12th grade with a diverse student body reflective of the surrounding community’s population. The high school will refine and build on the middle school’s already successful program with an interdisciplinary and theme-based curriculum.

Furthermore, Grand Rapids Public Museum High School will emphasize teachings about global awareness, sustainability, and technology and design, shaping students into conscientious adults committed to making the world a better place however they can.

The high school will give even more children the chance to learn in the new ways already commonplace at Grand Rapids Public Museum School. Hanks says many of the students who started their middle school years there in its inaugural class don’t realize how unique the school’s education model is — but their parents thank him and his teachers for it all the time.

This past summer, Hanks recalls, one parent of a now eighth-grade student told him, “My son never felt comfortable in school, never felt successful in school. Here he’s found his place, and he loves to go to school every day.”

With such a highly interactive, unique experience happening at this school, who wouldn’t?