Two chefs win over hearts, minds, and stomachs in Jerusalem. 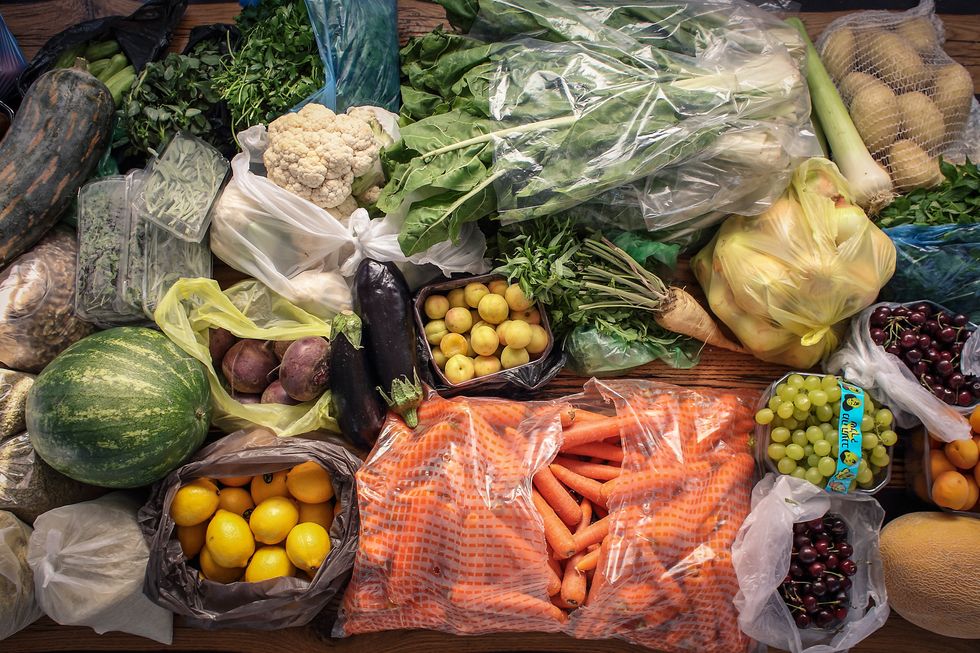 Although Assaf Granit and Kamel Hashlamon grew up only a few neighborhoods away from each other in Jerusalem, as children a lot more than geography kept them apart. Granit, an Israeli chef who runs five restaurants in Israel and the United Kingdom, spent his youth on the Jewish, western side of the city, whereas the half-Palestinian, half-Lebanese Hashlamon, the driving force behind East Jerusalem’s acclaimed Turquoise restaurant, hails from the Arab side. The two didn’t meet until last summer, when Hashlamon made a guest appearance on Granit’s roving food truck, FoodTrip, which toured throughout Jerusalem’s neighborhoods—on both sides of the city—for three weeks, with different affordable menus, themes, and guest cooks each day. After Granit tasted Hashlamon’s Chicken Freekeh, a spice-braised chicken served over a mixture of smoked green wheat, he was hooked. The two chefs decided then that they would have to team up again.

This summer, during a yearly festival called Jerusalem Season of Culture, the duo will create a popup restaurant, defying local political strife, and playing off of the cultural differences within the divided city. “3,876m: Between Knife and Fork” (the two chefs grew up 3876 meters away from each other) will kick off this Aug. 20, and run for three weeks on Mount Zion, the border between East and West Jerusalem.

“This guy [Kamel] can cook amazing food,” Granit tells me. Jewish and Arab or Palestinian chefs rarely work together in Israel, despite their incredible proximity and their cultural and geographical overlap. As the two chefs spent months researching and developing recipes, they discovered how the conflict that divides their city and their peoples played out in their respective upbringings, as well as what they literally bring to the table.

As Hashlamon explains to me, “My whole life is different, not just my childhood. The community and the living conditions are completely different. Everything is different. And that’s why I think this project is so special and exciting.”

[quote position="full" is_quote="true"]While two chefs from different backgrounds hanging out may not be news in most parts of the world, in Jerusalem, everything is implicitly political—even picking fruit and sharing recipes.[/quote]

Learning about their differences, even as they discovered common ground, has been eye-opening for both chefs. “He had a much tougher time than me,” Granit says of his partner. “He has so many boundaries to cross: racism, a really bad economic situation, and so on. So it’s a great way for people to understand how shitty the situation is.”

Rather than dwell on the difficulties, the two decided to go public with their differences, celebrating them with mutually inspired dishes such as stuffed pigeon terrine (a kind of rough paté made with a local bird), fish and bulgur wheat kibbeh (spiced, torpedo-shaped fried sausages), and lamb tartare , a raw delicacy popular in Lebanon. These are foods that may be known only on one or either side of the city, but not both.

Granit and Hashlamon spent the year researching regional cooking traditions with amateur cooks, professional chefs, and farmers in both Israel and Palestine. They visited markets, picked produce, and spent much of their time cooking and eating together. And while two chefs from different backgrounds hanging out may not be news in most parts of the world, in Jerusalem, everything is implicitly political—even picking fruit and sharing recipes. Gestures like these might seem like small kumbaya moments, but in light of the current escalating situation in Gaza, they can offer a kind of human example that the leadership of either faction continuously fails to provide.

The chefs will be providing kosher, non-kosher, and Halal meals and are making the popup as accessible to Palestinians as possible, but they are also expecting organized boycotts from hardliners on both sides, determined to oppose any form of dialogue whatsoever. But Granit and Hashlamon aren’t deterred. As Granit explains: “To just see that this project exists, I think, makes a difference. I hope people begin to see things through different eyes because food is a really universal language. Everybody’s hungry. Everybody’s got to eat, no matter who you are.” And, perhaps above all, in Hashlamon words, the two aim to “do justice to the city’s culinary traditions” which have remained divided for far too long.