‘A Day Without Immigrants’ To Completely Halt D.C. Restaurants

Chefs shutter their doors in solidarity with immigrant staff 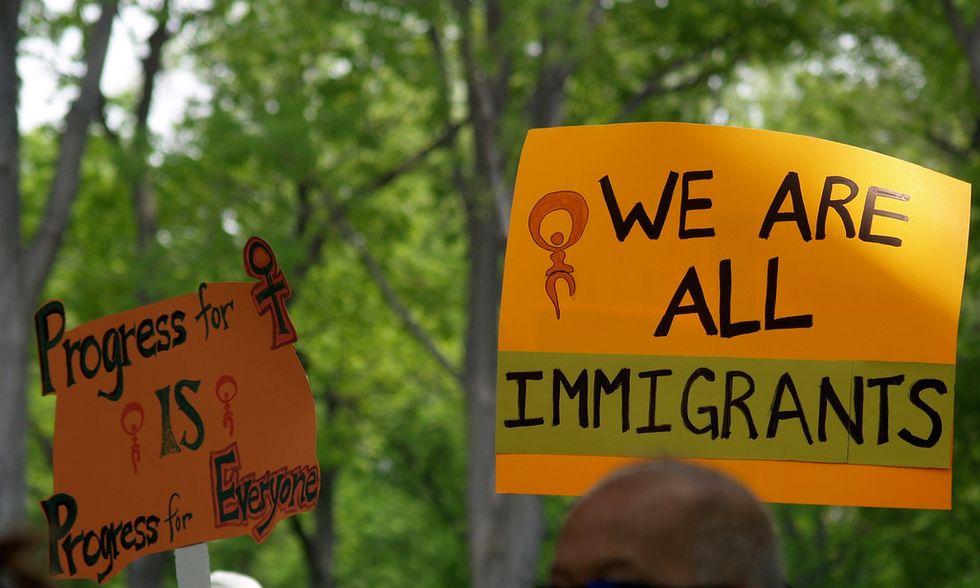 What would a day without immigrants look like? Washington, D.C., is about to find out, as Latino immigrants across the city are looking to engage in a broad strike as part of a “Day Without Immigrants” campaign on Thursday.

The strike, held in protest of President Donald Trump’s immigration policies, could have far-reaching implications across every sector—most notably in the restaurant industry, where Latino immigrants hold jobs up and down the ladder. Approximately one in four restaurant workers were not born in America, according to studies done by Restaurant Opportunities Centers United.

Word of the strike is spreading quickly via social media and flyers, like one the Washingtonian reported on that read in Spanish, “Mr. President, without us and without our contribution this country is paralyzed.”

There are rumors that workers in Austin, Texas; Des Moines, Iowa; Denver; and New York City will join the strike in solidarity. More than a dozen Minneapolis-area restaurants have announced they will be closed as well. MSNBC reported on a strike a few days ago in Milwaukee, Wisconsin, that drew 20,000 to a rally.

Chef José Andrés at the White House in 2012

“It was a very easy decision,” Andrés told Robert Siegel on NPR on Wednesday. “When you have employees that have been with you almost 25 years, and they come to you in an organized way and they tell you, ‘Don't get upset, but Thursday we are not coming to work,’ (the) next thing you ask is, ‘What’s going on?’ ‘What’s happening?’ So I decided to join them and support them.”

The protest is reminiscent of the 2006 Great American Boycott (aka A Day Without Immigrants), a daylong shunning of schools and businesses by immigrants that was held on May 1, 2006. Nearly two million people gathered in downtown Los Angeles—along with nearly a million in other cities throughout the country—to protest HR4437, also known as the Border Protection, Antiterrorism, and Illegal Immigration Control Act of 2005.

While that bill put up a fence at the border and ratified many of the laws Trump is trying to enforce, Trump’s immigration policies reach much further. Under his administration, the deportation sweeps and stings that were feared to take place after HR4437 was passed have been ramped up and coordinated across cities by U.S. Immigration and Customs Enforcement (ICE): visas have been frozen; people flying in from seven Muslim-majority countries—Syria, Yemen, Iran, Iraq, Somalia, Libya, Sudan—have been coerced into giving up their visas and green cards; and green card holders have even been detained for hours at airports. Plus, Trump has provoked foreign leaders at an alarming rate. Some analysts go so far as to say Trump is orchestrating a theatrical process to begin a war with Iran. And that’s not to mention the border wall he has repeatedly proposed to replace the aforementioned fence.

Beyond restaurants, a 2009 study by the Department of Agriculture put American and Puerto Rican-born farmworkers at 29 percent of the workforce, meaning a whopping 71 percent of farmworkers are foreign born. Farmworkers and farmers across America are also expressing increasing anxiety about the potential impact of Trump’s immigration policies.

But in D.C., dozens of restaurants are joining in with José Andrés and Rick Bayless and shutting their doors.

“We’re just going to put a sign in the window letting people know that we believe in our employees’ rights, and it’s their right to stand up for what they believe in,” Jeff Black, owner of restaurants Pearl Dive Oyster Palace, BlackSalt, and Republic, told the Washingtonian.

Anti-immigration efforts currently underway in Congress and by the president’s hand are coming at a blistering pace, and activists say a “Day Without Immigrants” offers hope and a voice to underserved communities. If nothing else, it makes nonimmigrants question what the United States would look like without immigrants—at least primarily in the food sector—and consider not only how it would affect them, but also the harmful effects of Trump’s policies.