5 Best Lunches In the World 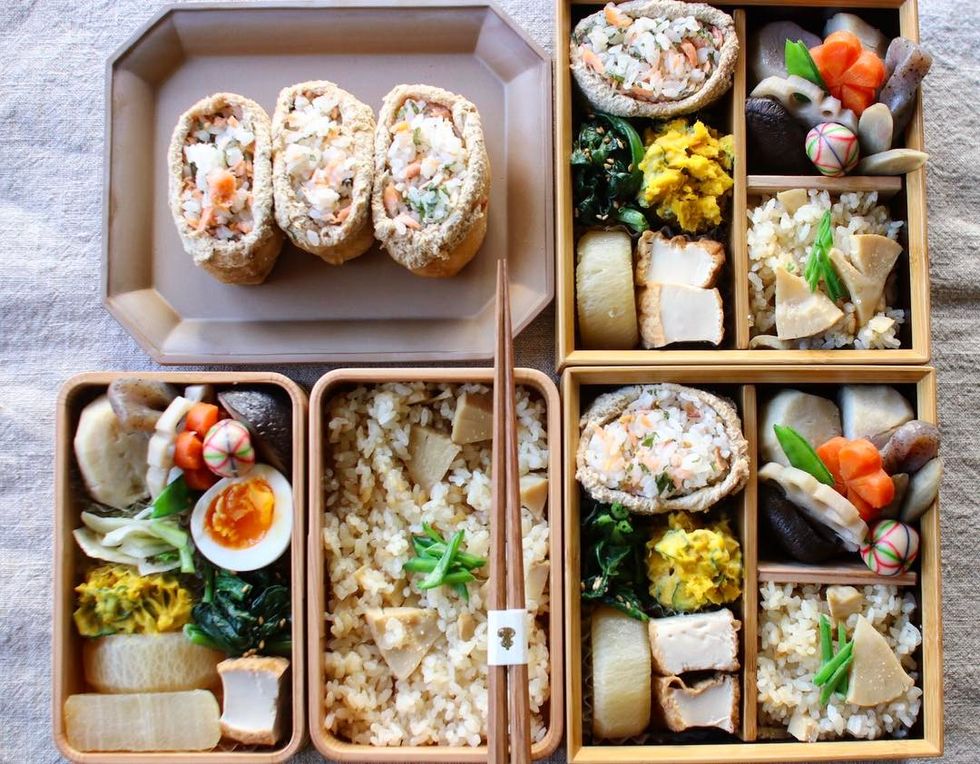 For the past few years, crafty food blogs have been pushing the Mason jar salad. You layer your salad with dressing on the bottom, followed by the denser vegetables, then greens or assorted foliage, and any more fragile ingredients at the top. Then you take it to work, shake and enjoy. It’s simple, and we don’t mind it once in awhile, but it got us thinking about the ways people carry food, and the tips and tricks we can steal from these international packs.

Pretty much a classic lunchbox, the bento dates back to the Song Dynasty (960-1279), taking its name from an old Mandarin slang word meaning convenient. In Japan, it became popular during the Edo Period (1603-1867), and today, bento culture has spread far and wide. There are many different kinds of bento box, from a tray-like box with separated wells to a tiered box with fancy lacquered designs.

South Koreans eat a lunch from something called a dosiraktang, which, like a bento box, is varied. Sometimes, it’s a tin can full of rice, shredded seaweed, egg, and kimchi. Like a mason jar salad, the dosirak can be shaken and then eaten as a mixed up meal—a bit like a shaken bibimbap. Nowadays, there are tiered lunchboxes to separate the banchan (side dishes) like kimchi and kombu (kelp).

PRO TIP: Most Korean tiered lunchboxes contain a thermos tier for soup. Soup is a necessity at nearly every home-cooked meal in South Korea, and it’s calming to have a nice warm drink for lunch.

The tiffin carrier seems to be the most prevalent lunchbox in the world, used all over South Asia. They are commonly made from aluminum, have a convenient handle on top for easy transport, and are tiered to hold different parts of the meal. (Think rice on the bottom, pickles in the middle, and a meat dish on top.)

PRO TIP: If you get a four-tiered tiffin carrier, you can stash a dessert or something crunchy such as papadums (thin Indian crisps) in the top.

Agelgil is a traditional Ethiopian food basket. Often the outside is covered in sheepskin, and it will have handy straps that allow it to be worn like a backpack. Inside, it is stuffed with injera bread (a spongy flatbread, usually made from teff) with a meat dish, such as tibs (a stir-fry meets stew), folded into the breads.

PRO TIP: As with the hardworking farmer of yore, meet your loved one with an agelgil and hand-feed them—an intimate act known as gursha.

The Filipino version of the bento is a bit simpler. Usually it has three spaces: one for rice, one for pickles, and one for a meat dish such as beef tapa (cured beef).

PRO TIP: Throw a fried egg on top of the rice for an extra bit of protein (and deliciousness).