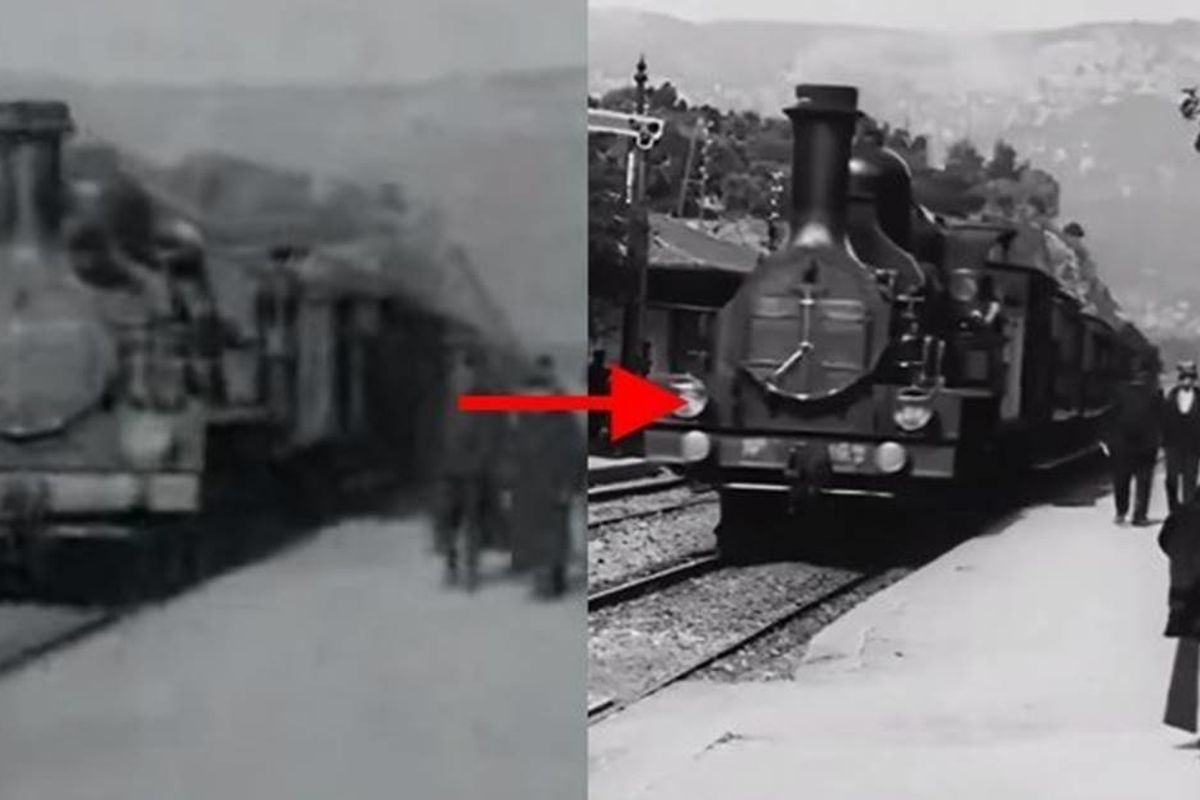 When we look back at footage from the past, it subconsciously taints the way we perceive it. It's nearly impossible to think about people living in the 1950s and not see it in our mind's eye in black and white.

It's just as tough to imagine people from the silent-film era without thinking of them in black and white while walking at a jaunty pace. Because that's the only way they were captured on film given the technology of the day.

Looking back even further, can one picture someone in a Civil War-era photo smiling? It's tough to do, because people were told to be serious in photos back then. But it makes us think that everyone was dull and depressed.

Denis Shiryaev posted a video he made to Reddit that gives us a new perspective on how people looked and behaved at the dawn of the 20th century. He took Louis Lumière's 1896 short, "Arrival of a Train at La Ciotat." and updated it to modern-film standards using artificial intelligence (AI).

The 45-second 1896 footage is historically significant because it was among the first short films ever screened in public. Urban legend has it that audiences were terrified by the film when they first saw it because they believed the train was going to bust through the screen.

Here's the original version of "Arrival of a Train at La Ciotat."

Shiryaev took the original footage and made it more realistic looking by upscaling it to 4K and increasing the frame rate to 60 frames per second (FPS). Frame rate is the amount of full-screen images that are displayed each second. The human eye can detect up to 12 FPS, so anything greater than that creates the illusion of motion.

A traditional film has a frame-rate of 24 FPS. The greater the number of FPS, the smoother and more realistic the film appears to the viewer.

The original Lumière film was shot at 16 FPS, so to create a 60 FPS version, Shiryaev turned to AI to synthesize non-existent frames in-between the original frames.

The result is an updated version of the original film that shows people moving fluidly with more realistic looking faces. Instead of the jangly walk you see of old-timey footage, the people waiting for the train move just like people do in 2020.

The footage not only gives us a more realistic view of people from a bygone era, it also poses wonderful possibilities for preserving films from the silent era or those that have degraded over the years.