You can fit the United States, China, India, Japan, and much of Europe within Africa's borders. And Kai Krause's new map does just that. 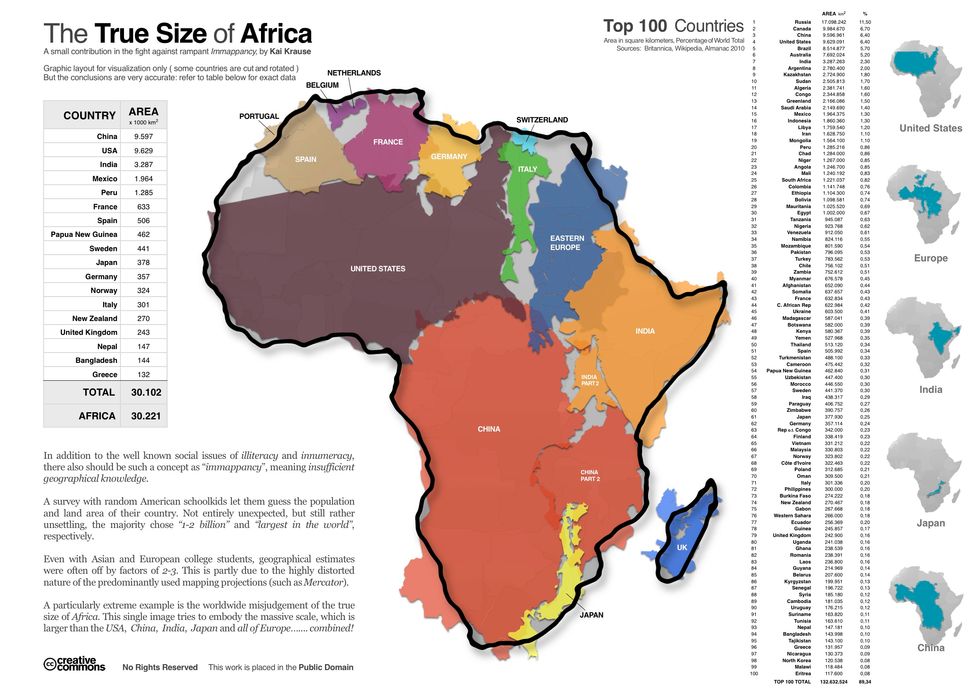 It's about 11.7 million square miles, which is really big—big enough to fit the United States, China, India, Japan, and much of Europe within its borders. And that's precisely what Kai Krause did with this inventive map, "The True Size of Africa," which he describes as his contribution to "the fight against rampant Immappacy."

What is immappacy? Krause explains:

In addition to the well known social issues of illiteracy and innumeracy, there also should be such a concept as "immappacy," meaning insufficient geographical knowledge.

A survey of random American schoolkids let them guess the population and land area of their country. Not entirely unexpected, but still rather unsettling, the majority chose "1-2 billion" and "largest in the world," respectively.

Even with Asian and European college students, geographical estimates were often off by factors of 2-3. This is partly due to the highly distored nature of the predominantly used mapping projections (such as Mercator).

A particularly extreme example is the worldwide misjudgment of the true size of Africa. This single image tries to embody the massive scale, which is larger than the USA, China, India, Japan, and all of Europe ... combined!