The most beautiful places in Amsterdam were once parking lots. 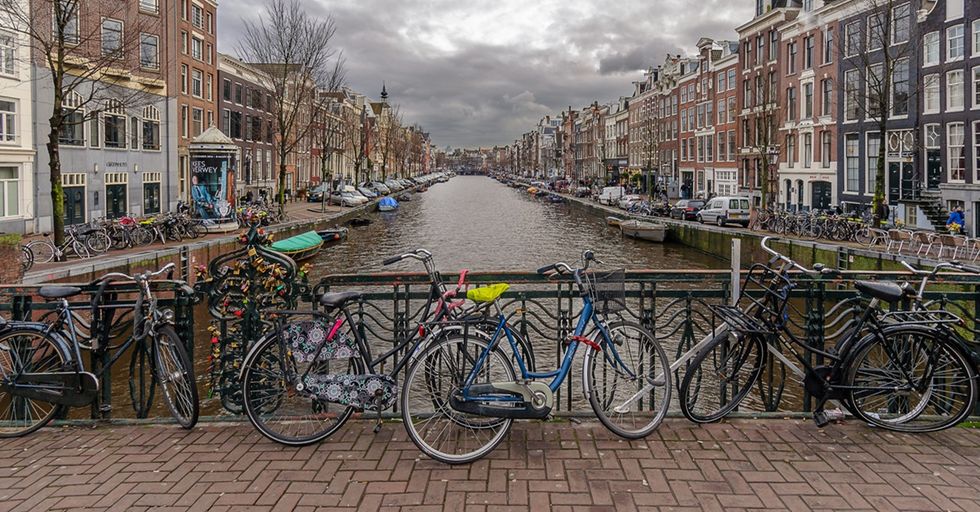 Upon arriving in Amsterdam you’ll quickly notice just how bike-obsessed the town is. From the three-story bicycle parking garages to the sea of bikes chained together near the train stations, it’s hard to imagine the city once looked much different. “The most beautiful places in Amsterdam—the places where all the tourists like to go, and all the Amsterdammers like to go to sit on patios, enjoy markets, relax—all of those places used to be used as parking lots,” says Cornelia Dinca, founder of Sustainable Amsterdam.

After World War II, Amsterdam started to mirror North American development with the government building high-rise apartments outside of the inner city. “[Amsterdam] was more sprawl-based, much more car-centric,” Dinca says. The government had plans to knock down historical buildings and build large freeways and multi-level parking garages but the citizens began to protest. Plus, mounting pedestrian deaths by cars and the Netherlands oil embargo in the ‘70s started to change the Amsterdam psyche. “None of this happened overnight,” says Dinca. “You can trace a lot of these reforms to the 1970s, but even then, if you look at photos of Amsterdam 10 to 15 years ago, it was still very car-centric compared to what you have today. I would actually argue that really it was only in the late ‘90s that the city started reaping the benefits.”