10 Bold Pieces of Artwork That Show Solidarity With Belgium

These are powerful images. 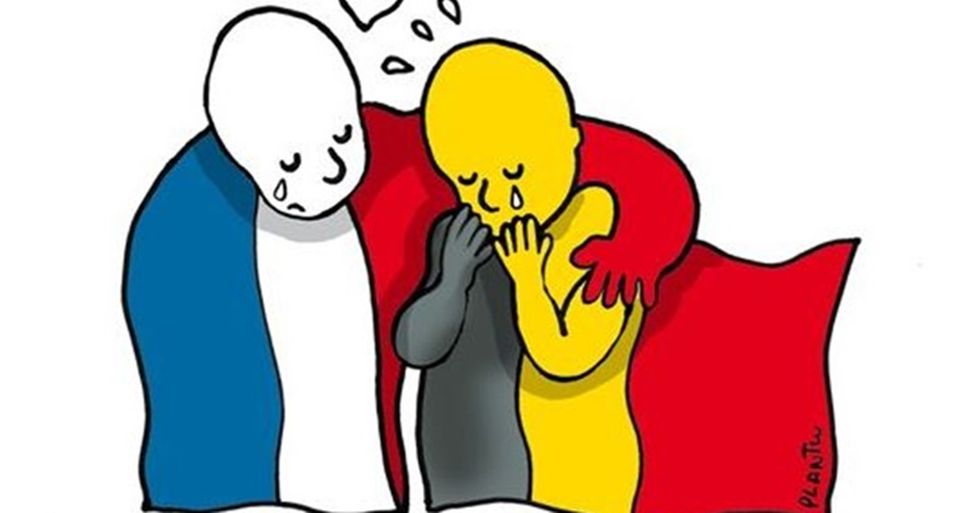 Today the world learned of terrorist attacks at an airport and metro station in Brussels that killed 30 people and injured more than 200. In the aftermath, people around the globe have united to show their support for the people of Belgium, with President Obama stating, “We stand in solidarity with them in condemning these outrageous attacks against innocent people.” On social media, people have been sharing defiant and uplifting images to show their solidarity.

Here are 10 striking images that have cropped up online since news of the attacks. A few incorporate the image of a Brussels landmark: a fountain in which a young boy is peeing. Known as the Manneken Pis, or “Little Man Pee,” the sculpture survived a bombardment of the Belgian capital in 1695 and has come to represent its citizens’ playful resilience.