Hockey Legend Cam Neely On Youth Sports, Leadership, And Giving Back To The Cancer Community

With friend Denis Leary, this Boston Bruin has raised over $60 million for cancer patients. 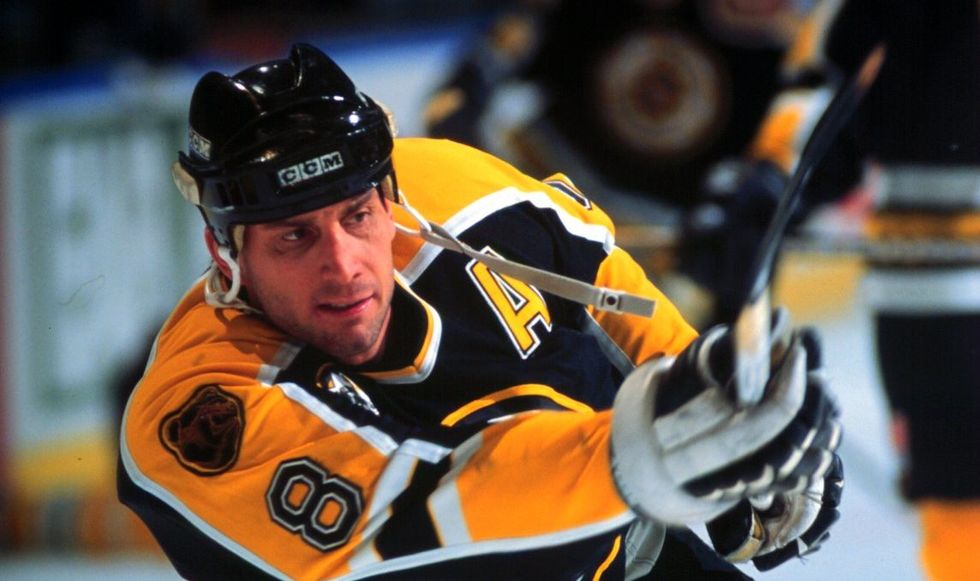 National Hockey League Hall-of-Famer Cam Neely knows all about the power of teamwork.

It’s what helped him earn recognition on the ice with numerous awards — such as the NHL’s "Bill Masterton Trophy,” the player who best exemplified the qualities of perseverance, sportsmanship, and dedication to hockey — and what helps him thrive today as president of the Boston Bruins.

Neely’s commitment to helping others is most evident in The Cam Neely Foundation for Cancer Care, which he founded in 1995 to honor his late parents, who both died from cancer. The nonprofit organization aims to provide comfort, support, and hope to cancer patients and their families through innovative research, groundbreaking treatments, and essential support services based at Tufts Medical Center in Boston. Since its inception, more than $30 million has been raised, with 91 cents of every dollar going toward the foundation’s main initiatives. The Cam Neely Foundation’s largest fundraiser is Comics Come Home, which Neely cofounded with comedian Denis Leary. It’s now one of the longest running stand-up comedy benefits in the United States and has raised over $10 million to date.

Originally from Vancouver, British Columbia, Neely played 13 years in the NHL, the final 10 with the Boston Bruins. In August 1996, his career came to an end after suffering a hip injury. Neely retired, but not without leaving his mark on the hockey world with 726 games played, 395 goals, 299 assists, 694 total points, and 1,256 penalty minutes. He had 14 career hat tricks and, for many years, led the Bruins in goal scoring. Neely was honored with the league’s Lester Patrick Award in 2010 for his “outstanding service to hockey in the United States.”

Neely spoke with us about how his combination of finesse, dedication, and hard-nosed hockey still drives him to support the league and others.

How did you first discover hockey as a kid? Did you play other sports too?

I was a “jock” growing up. I played basketball at school, baseball, hockey, and tried some lacrosse. When I was probably around 16 years old, scouts became interested in me and asked me to try out for junior hockey teams in the Western Hockey League.

What role did your parents play in your hockey career, both before you went pro and after?

They both did whatever they had to get us to games and practices. Driving us, setting up carpools. My dad would be involved with getting me there, and teammates too. My mom would come and watch when she could. After the game was over, I became a kid again. I was still playing for fun. As I turned pro, it became more of a job, and they were still there to support me.

What has it meant to you to be able to give back to them and the community at large with The Cam Neely Foundation?

As a professional athlete, you get asked to do a lot of charitable events and be involved, but as my parents were diagnosed, I saw a need for helping people today, whether it’s the patient or the family going through this difficult period. I wanted to focus time and energy on events where there’s a need. That’s where The Neely House idea came about. In 1997, The Cam Neely Foundation opened the doors to The Neely House, which is a home away from home for cancer patients and their families while patients are undergoing treatment at Tufts Medical Center in Boston.

In honor of my mother, Marlene Neely, who passed away from colon cancer, the foundation will be opening a world-class GI and endoscopy suite at Tufts this January. This new facility will not only improve the patient experience through innovative medical suite design, but will include numerous state-of-the-art clinical procedure enhancements to allow for highly complex procedures.

Cam Neely during his time with the Boston Bruins. Photo courtesy of The Cam Neely Foundation for Cancer Care.

Were there times you wanted to give up? What kept you going, both in sports and afterward?

When I was 15 years old, there was an incident when I wanted to quit. I was in the division with 16-year-olds, and it seemed like two different worlds to me at that time. Most of my teammates were driving, and I was still getting driven by my parents. I felt completely out of place. I told my dad, “I’m not really enjoying this.” My dad said to me, “You tried out for this. You took someone’s spot. You need to honor your commitment. If you don’t want to play, next year, don’t sign up.” It was a valuable lesson.

What are the leadership lessons from hockey you use most now in your professional work?

Primarily I played on team sports, so being a good teammate, getting to know who your teammates are, and working as a team. In my new role working off the ice, it’s still important to be a team and to be collaborative. Being a good teammate means supporting each other not just through good times but also if something happens — if someone’s not playing well, for example — helping them get their confidence back. Be more positive than negative.

Most importantly, when it comes to giving back, don’t be intimidated. I like to say, “Whether you give a dime or your time, it makes a difference.” I encourage children to embrace giving back at a young age, and that can happen just by giving your time.