The invisible stair makes a return in another amazing clip. 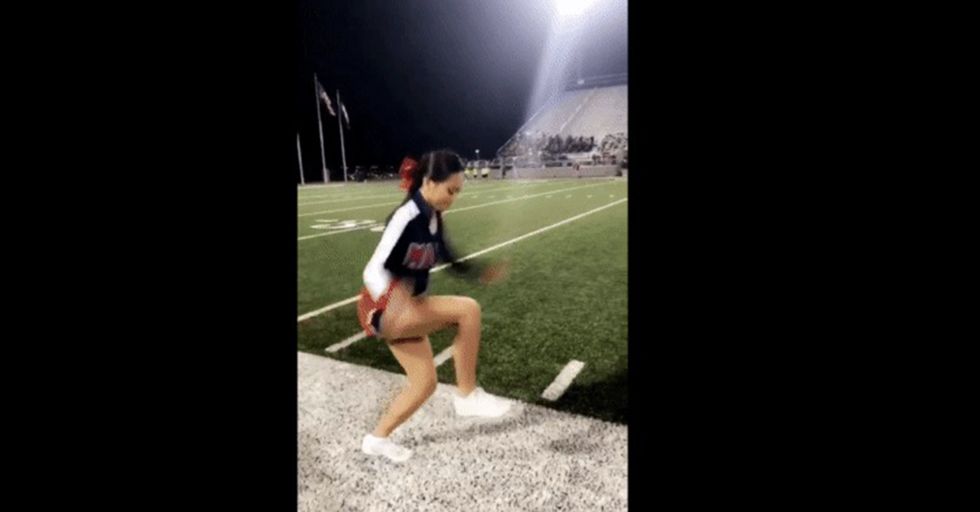 Reminding us that sometimes a game’s most exciting feats can take place on the sidelines, a cheerleader seemed to sprinkle some witchcraft into her routine, impressing social media users everywhere with her use of an invisible stair as a prop.

How exactly does one use a nonexistent item in their cheer routine?

Well, that’s where the “magic” comes in. Selling the illusion of a stair, the performer appears to spring off of it in thin air, concluding with a pretty well-deserved celebratory dance.

But wait — there’s more! Doubling down on the feat, the cheerleader brings in a partner for a bit of slapstick using the very same invisible stair.

Skeptical Twitter users who weren’t so quick to chalk the move up to talent or magic bought into another explanation. A string, which also would seem to be invisible.

While a string would be a convenient explanation, it’s not at all visible upon repeated views. We’d perhaps all be a little more comfortable knowing there was a simple explanation for the move, but I guess we’ll just have to live with the fact that this cheerleader is really, really good. Now let’s sit patiently while this cheerleading hero adds a second step to the move and really blows our minds.