It’s a long way from his opinion when he ran the league. 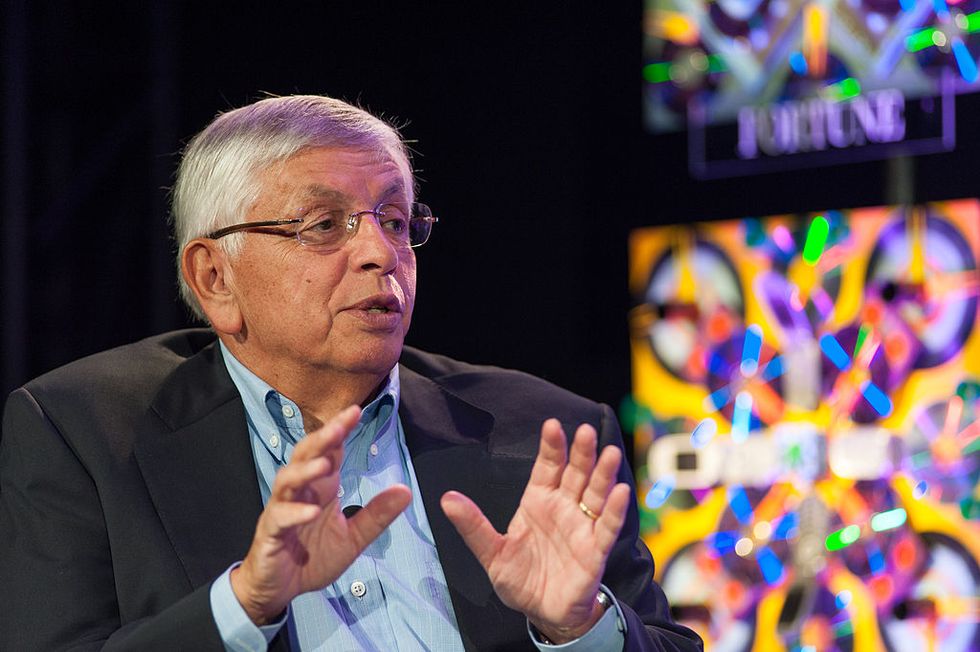 Former NBA Commissioner David Stern has had a change of heart when it comes to marijuana. In a 180-degree pivot since he was in charge of the league, Stern announced in an interview with former longtime NBA veteran Al Harrington and pro-legalization advocate that he’d jumped on the pro-legalization bandwagon, at least as far as medicinal use in NBA is concerned.

“I’m now at the point where, personally, I think [marijuana] probably should be removed from the ban list,” he told Harrington. “I think there is universal agreement that marijuana for medical purposes should be completely legal.”

While that’s definitely in line with the majority opinion and prevailing political winds, given that recreational usage has been made legal in eight states, and an additional 21 states permit marijuana to be used for legitimate medical purposes. A poll conducted in August showed that 86% of all respondents believe anti-marijuana laws should go the way of the dodo bird, particularly given the amount of man-hours law enforcement devotes to maintaining the status quo.

Stern said that the changes in law impacted his position, and shouldn’t be superseded by the NBA’s current collective bargaining agreement.

“It’s a completely different perception,” he said. “I think we have to change the collective bargaining agreement and let you do what is legal in your state. If marijuana is now in the process of being legalized, I think you should be allowed to do what’s legal in your state. So now I think it’s up to the sports leagues to anticipate where this is going and maybe lead the way.”

That said, it doesn’t seem if Stern’s successor in the commissioner’s chair, Adam Silver, has feels the same. With regards to medicinal use, Silver’s always done a nifty job of adhering to the current rules, while adding enough ambiguity that both sides could pick and choose what they wanted to hear. In a 2014 interview with GQ, Silver did say that while the league has a “strong preference that our players do not consume marijuana,” based on the belief that it does impact performance, ridding basketball of performance-enhancing drugs ranked far higher on his list of priorities. (Which, good luck with that.)

For now, the NBA only levies a brief, five-game suspension after a third violation, but unannounced tests for marijuana are still mandatory per the current CBA, which will not expire until 2023 at the earliest.

But in a July interview with C.J. McCollum at The Players Tribune, Silver rebuffed the idea that the current policy needs to be altered [transcription via UPROXX]:

“I don’t see the need for any changes right now. I mean, it’s legal in certain states. But as you know, our players are constantly travelling, and it might be a bit of a trap to say we’re going to legalize it in these states, but no, it’s illegal in other states. And then players get in a position where they’re travelling with marijuana, and we’re obviously getting into trouble.”

Two weeks later, Silver backed down from that stance. During a Reddit AMA, Silver said that he’s “open” to making changes, and when asked by SLAM Online for clarification, said that the NFL has far more issues with pain management, hence their decision in July to begin working with the NFLPA to study and discuss permitting the use of medical marijuana, after decades spent passing out painkillers like Tic Tacs.

As Stern’s comments begin gaining traction on Wednesday, the NBA said that it is holding firm.

"While Commissioner Silver has said that we are interested in better understanding the safety and efficacy of medical marijuana,” NBA spokesman Mike Bass said in a statement, “our position remains unchanged regarding the use by current NBA players of marijuana for recreational purposes."

Of course, Silver isn’t telling the whole truth. While less of a contact sport, basketball players have to manage all manner of bumps and bruises over the course of a season, let alone time spent recovering from major surgery. Phil Jackson admitted that he self-medicated when he was still an active player, and Steve Kerr went public with his use to help cope with an post-surgical ongoing and significant spinal issue, as opposed to say, reaching for a highly addictive opioid painkiller like Vicodin or Toradol.

But it takes time for actual, rigorous study and popular beliefs to line up. Take David Stern, who increased both the fines the number of tests in the mid-2000s, amidst a racially-tinged panic that the NBA was enmeshed in a Reefer Madness-like epidemic. These disciplinary actions, like the imposition of a dress code, were an attempt to ameliorate panicked corporate sponsors and owners, who feared that the proliferation of tattoos and, yes, recreational use, were lowering the value of the on-court product. If he can come around — especially when there are no moneyed men pressuring him to back the hoary myth that marijuana is a “gateway” drug — eventually, Silver will see the light.