“This is a big win for democracy and the rule of law and a rebuke to the corporate interests.” 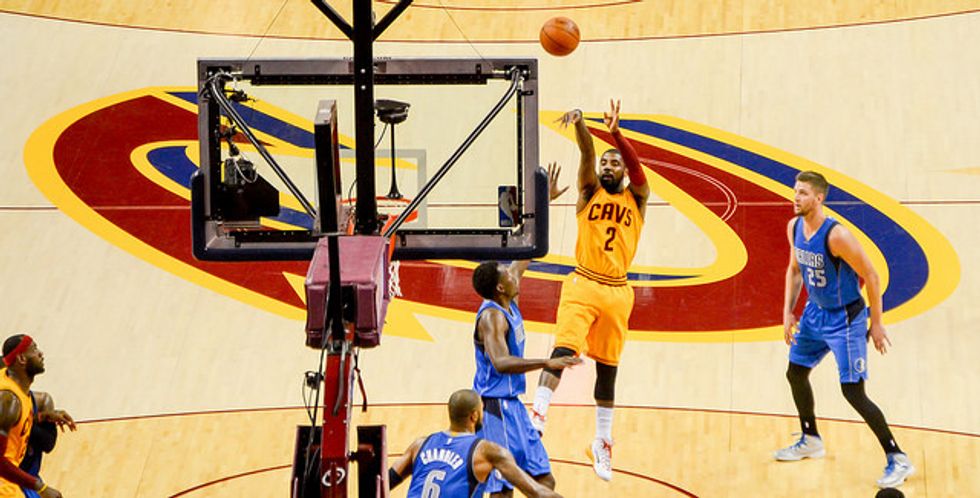 For close to a year, Dan Gilbert, the Cleveland Cavaliers owner and subprime mortgage huckster, has been trying to snatch $70 million in tax breaks and other subsidies from the City of Cleveland and Cuyahoga County as part of a proposed $140-million upgrade to Quicken Loans Arena, including some very pretty glass walls. By the time the bonds are repaid in 2034, the final price tag is estimated to clock in at close to $280 billion, assuming there are no overages.

It seemed like this raiding of the public coffers was a done deal, but the Ohio Supreme Court may have put a serious dent in Gilbert’s plans to bilk a county that remains $1 billion in debt with a bond rating that’s only getting worse. By a 4-3 vote on Thursday, the court ruled that the funding ordinance would need to be put before a public referendum, a rare blow in favor of the forces of good over greed.

To briefly recap: In April, thanks to a bit of arm-twisting and backroom negotiations, Gilbert convinced the Cleveland City Council to vote in his favor. He also promised to throw a few trinkets Cleveland’s way, offering some unspecified upgrades to local basketball courts. In response, Greater Cleveland Congregations, a nondenominational advocacy group, teamed up with a slew of unions and Democrat-affiliated organizations to gather the necessary signatures and initiate a public referendum. Because maybe with 34% of Cleveland residents living below the federal poverty line, the citizenry should have a right to weigh in on whether this is the best use of public dollars.

After delivering over 20,000 signatures to the city council in May, well over the required 6,000, things got weird. City Council President Kevin Kelley refused to accept the petition, claiming that as an “emergency” ballot measure, the ordinance could not be made subject to a vote, regardless of how many signatures the GCC amassed. Angry protesters screamed at city council members during public meetings, and GCC filed a taxpayer demand letter, claiming that by refusing the city council was in violation of the Ohio state constitution.

So, the Cleveland City Council, hoping to extract as much leverage as possible, sued itself. No, really. They elbowed the GCC’s lawyers right out of the paint, pitting Cleveland’s law director against the city council’s clerk of council and selecting the attorneys who would be representing both “parties.” When announcing the lawsuit, Kelley promised that the GCC’s interests would be adequately served, even if such a claim strained the bounds of credulity.

“I have been a litigator for more than two decades,” Subodh Chandra, one of the GCC attorneys, said at the time. “I thought I had seen everything. But I have never seen a party working to orchestrate a suit against himself, telling himself to do the right thing.”

And they still lost. All seven state supreme court justices determined the ordinance was not really an emergency measure, though three rejected the patently ludicrous scheme that allowed the city council to oppose itself in court, saying they never were adversarial parties at all.

"The clerk had a clear legal duty to perform the ministerial function of her office — verifying the sufficiency of the petition signatures — and relators have a clear legal right to compel the performance of that duty,” the court’s opinion stated.

Following the verdict, Peter Pattakos, another GCC attorney, wrote in a statement: "This is a big win for democracy and the rule of law and a rebuke to the corporate interests that lined up to convince the Court to disregard both."

Now, Gilbert’s stubbornness might cost Cleveland a shot at hosting an upcoming NBA All-Star game, as lawyers arguing against accepting the petition argued in court. (No, losing out on an NBA All-Star game has no bearing on the merit of any legal argument.) But the odds that voters will approve this scam aren’t good, meaning he might be forced to crack open his own wallet if he wants the NBA to approve the Cavs’ bid. That too seems unlikely.

Per Forbes, Dan Gilbert currently possesses a net worth of $6.1 billion, up from $4.8 billion in December 2016.