“She will sprint again” 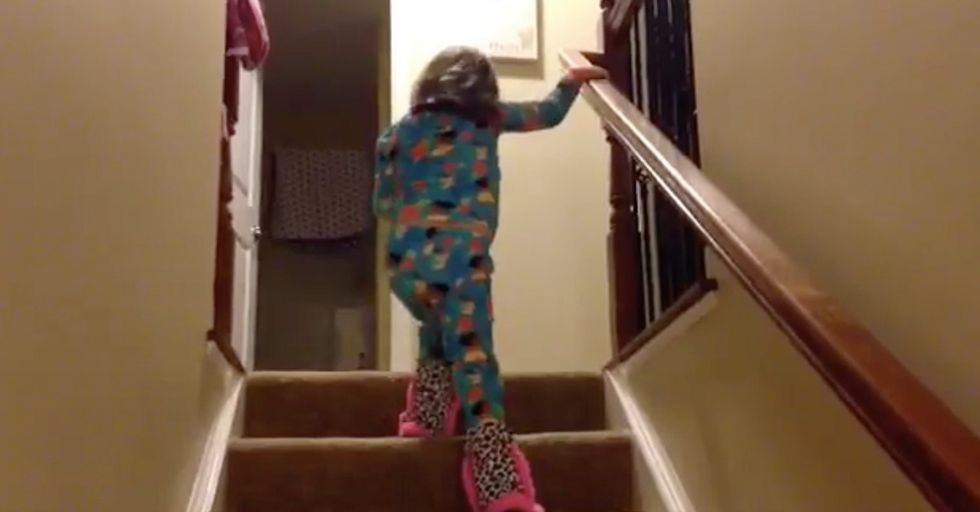 There are few things more difficult than having to watch a young child fight an illness. But when they do, they can serve as a powerful inspiration to all of us. We could all take a lesson in perseverance from this girl, five-year-old Darran Dunlap. The daughter of a Pittsburgh sports radio host, Colin Dunlap, Darran shows us all what dedication and toughness look like off the field.

Colin tweeted out proof of his daughter’s resilience while suffering from the side effects of chemotherapy to treat her leukemia. As you’d imagine, little Darran is frail and exhausted from the notoriously draining treatment, but that doesn’t mean she’s going to rely on others for help. On her way up the stairs to bed, her dad offered to help her up the stairs due to her weakened state.

But she wasn’t having it, as this video shows:

He shared the video not just as a testament to his daughter’s strength, but as inspiration for anyone who’s feeling exhausted or overwhelmed:

may that previous tweet give you some motivation to press on;garner some will to do something you think is too tough. she does that for me.
— Colin Dunlap (@Colin Dunlap)1481507583.0

He concludes with this moving message:

just over a month ago Darran was sprinting up those steps to bed-quite literally had to tell her to slow down. She will sprint again.
— Colin Dunlap (@Colin Dunlap)1481507788.0

Darran’s fight has made her a local celebrity in Pittsburgh, having received this wonderful gift from Pitt running back James Connor last month:

A local CBS affiliate recently wrote a feature on Darran, so it’s clear that she’s got an army of people rooting for her in her fight.

We can’t wait to see her “sprint again,” as her dad promises she will.