But does he have a case? 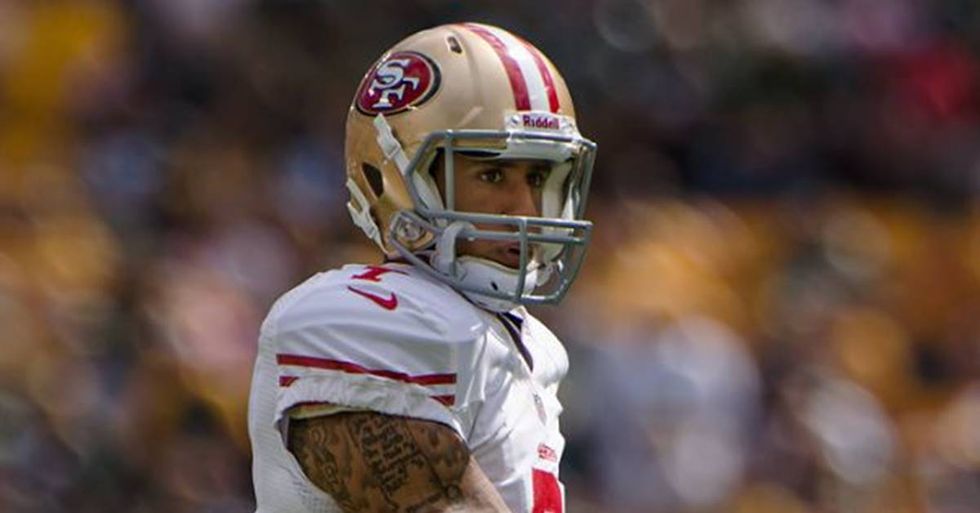 It’s almost Week 7 in the NFL and a few big-name starting quarterbacks have been benched due to poor play (Tom Savage, Brian Hoyer, Mike Glennon) or have gone down due to long-term injury (Ryan Tannehill, Aaron Rodgers). But no NFL team has signed free-agent quarterback Colin Kaepernick, so now he’s taking action.

If NFL teams are leery about reaching out to Kaepernick, it isn’t due to his playing abilities. A recent Washington Post article found that when comes to a major predictor of success under center, Kaepernick would rank somewhere near 25th among the NFL’s 32 starting quarterbacks. That qualifies him to possibly start on a team with a lesser quarterback and makes him a top-tier backup or an overqualified third-stringer.

It’s widely speculated that Kaepernick hasn’t been picked up because of the national anthem kneeling protests he began last year to call attention to racial inequality. His protests have since been adopted by hundreds of NFL players and athletes across the country. A large percentage of Americans have chosen to be offended by the protests, saying they’re offensive to the military, although protestors have been adamant they are not.

President Donald Trump called for athletes who take a knee during the national anthem to be fired. He went so far as to ask a crowd in Alabama if they’d love “to see one of these NFL owners, when somebody disrespects our flag, to say, ‘Get that son of a bitch off the field right now, he’s fired.’”

Kaepernick has now taken legal action against the NFL by filing a grievance alleging that owners have colluded to keep him off the field. It’s believed the breaking point came after Marcus Mariota of the Tennessee Titans suffered a hamstring injury and the team signed Brandon Weeden over Kaepernick.

Kaepernick’s lawyer, Mark Geragos, released a statement on Sunday. “If the NFL ... is to remain a meritocracy, then principled and peaceful protest — which the owners themselves made great theater imitating weeks ago — should not be punished and athletes should not be denied employment based on partisan political provocation by the Executive Branch of our government,” Geragos said.

Although it’s pretty clear that Kaepernick’s political activities have made many owners leery of signing him, it may be difficult for his lawyers to prove that collusion took place. According to Sports Illustrated, Kaepernick’s lawyers must prove that “that two or more teams, or the league office and at least one team, conspired in some way to deny him an opportunity to play in the NFL.”