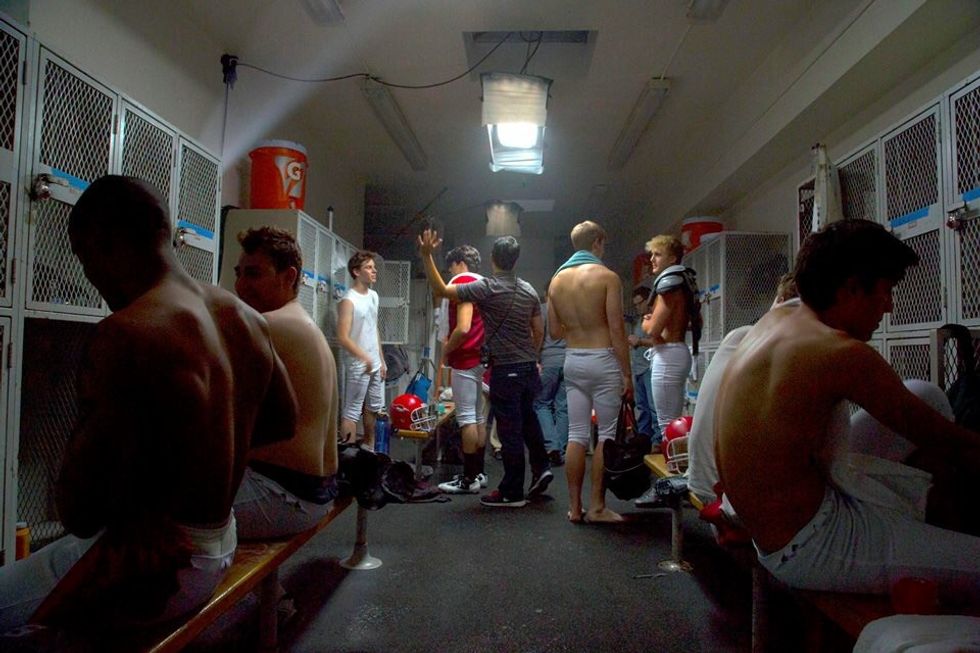 Several cases working their way through the legal system have placed a national spotlight on the issue of transgender access to bathrooms. While some states have taken steps to allow access based on gender identity, many are considering legislation that restricts bathroom use by the sex assigned at birth.

Most of these court cases also apply to student athlete access to locker rooms and question schools’ obligations to provide appropriate facilities as well as the rights transgender athletes have to access these facilities.

The result has been considerable debate over how to accommodate the needs of transgender athletes. As researchers who focus on diversity and inclusion in sport, we see significant changes in the ways trans athletes are treated and believe there are pragmatic solutions available that will serve all athletes.

The changing landscape of sport for trans athletes

While legislative battles over transgender rights have been focused on school bathrooms, the issue of transgender rights in the entire sporting world is not a new one. Changes at higher levels indicate a shifting, more trans-inclusive sport landscape.

The International Olympic Committee, which for a long time was recognized as having one of the most exclusionary policies in sport, recently made some influential and groundbreaking changes. The old policy allowed transgender Olympians to participate only if they had transitioned via sex reassignment surgery, had completed at least two years of hormone therapy, and could provide legal documentation of their transition.

[quote position="full" is_quote="true"]Many institutions and sport governing bodies recognize this as best practice that promotes not only the inclusion of transgender athletes, but any athlete with a preference for modesty.[/quote]

The IOC is not alone in shifting to a more trans-inclusive approach. The NCAA—the governing body of college athletics in the United States—implemented a new policy in 2011. At colleges and universities across the United States, trans women can now compete against other women as long as they have had at least one year of hormone treatment.

A handful, however, have more restrictive policies than the IOC or NCAA. In these cases, transgender students are often prevented from competing in the category that matches their gender identity. One such state is Texas, where a transgender boy recently won the high school state championship in girls’ wrestling, as he was required to compete based on the sex listed on his birth certificate.

To illustrate, consider the case of a high school in Palatine, Illinois. There, a transgender female athlete was permitted to play on girls’ teams, but she was excluded from the girls’ locker room. The locker room contained private changing areas that the student intended to use. Nevertheless, she was forced to use a private changing area located in another part of the building. The Department of Education found this exclusion to violate the student’s civil rights and eventually reached an agreement with the school district that now permits the student to access the girls’ locker room.

Why does it matter?

Specialized, private facilities can magnify the potential for isolation. In the now-infamous case of Gavin Grimm, he was asked to use a retrofitted broom closet and nurse’s restroom because he was a transgender student.

In such cases, the transgender students may internalize the message of their unequal worth. Such isolation also physically separates trans athletes from much of the bonding and planning that goes on among teammates in a locker room.

It is not just transgender students who are affected. All others are privy to these cues. When this happens, observers are likely to adopt views that transgender persons are lesser than their peers.

Inclusive locker rooms: the best option for all athletes

A more inclusive option is to allow all athletes to access facilities—including locker rooms—that are consistent with their gender identities.

Two objections, however, are sometimes raised to gender-inclusive locker rooms: safety and privacy.

Arguments around safety are sometimes expressed as a concern that transgender individuals themselves are a threat to cisgender female users of the locker room. Other times, it’s fear of the alleged risk posed by nontransgender men—the belief that men may take advantage of the inclusive policy to enter the girls’ locker room without restriction.

Neither of these concerns, however, has any empirical basis. The latter, in fact, reflects an illogical presumption that a sign on the door keeps criminals out of locker rooms.

Privacy, on the other hand, is a relevant consideration, but not a reason to exclude transgender athletes from gender-appropriate locker rooms. Rather, privacy is a concern for many students faced with the prospect of communal showers and large undifferentiated changing areas. It would seem that most individuals—irrespective of their gender identity and expression—don’t want to change in the open or bathe in gang showers.

Open, communal showers like these are still present in schools across the country. They are generally disliked by most students, transgender or not.

To alleviate the discomfort that all students, transgender and cisgender alike, might experience in such settings, as new schools are built, new locker rooms across the country are being designed with privacy in mind, with individual showers and changing areas available for any student. Meanwhile, existing locker rooms can be effectively and inexpensively retrofitted with privacy screens, as was done at several schools in New York.

Many institutions and sport governing bodies recognize this as best practice that promotes not only the inclusion of transgender athletes, but any athlete with a preference for modesty.

The national governing body for collegiate intramural and recreation offers guidance that addresses both transgender athlete needs and the needs of all students:

“Transgender student-athletes should be able to use the locker room, shower, and toilet facilities in accordance with the student’s gender identity. Every locker room should have some private, enclosed changing areas, showers, and toilets for use by any athlete who desires them.”

Given the problems associated with open locker room concepts, the answer for better services, privacy, and trans inclusion all revolve around better locker room spaces.

The answer: inclusive principles for all athletes

It’s possible that the courts will soon clarify the obligation of education institutions to accommodate transgender students’ use of segregated facilities. Regardless of the outcome, sport associations in the educational context and beyond can—and in our view should—continue to lead the way toward more inclusive practices and spaces for all athletes.