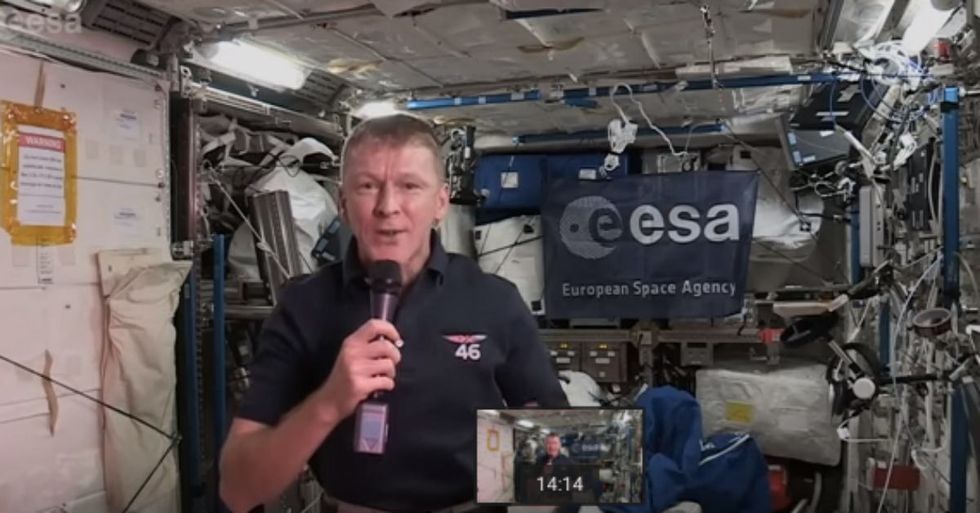 European Space Agency astronaut Tim Peake is the first British ESA astronaut and the sixth person born in the United Kingdom to visit the International Space Station. In this engaging interview, Peake speaks with the media for the first time.

In addition to discussing his workload, adaptation process, and the attributes of the space station, Peake answers reporters’ burning questions about the quality of tea in outer space.

This interview was recorded live from the ESA’s astronaut center in Cologne, Germany. The International Space Station is a microgravity laboratory in which an international crew of six people live and work in space while traveling at a speed of 5 miles per second, orbiting Earth every 90 minutes.

Want to see the space station in plain view? You don’t even need a telescope! Right now, it’s the third-brightest object in the sky. Type in your city and state here, and you can receive a text message alerting you when the station is approaching. Houston? That’s pretty cool.