Antarctica and Los Angeles were pretty much the same temperatures today. That's not good news. 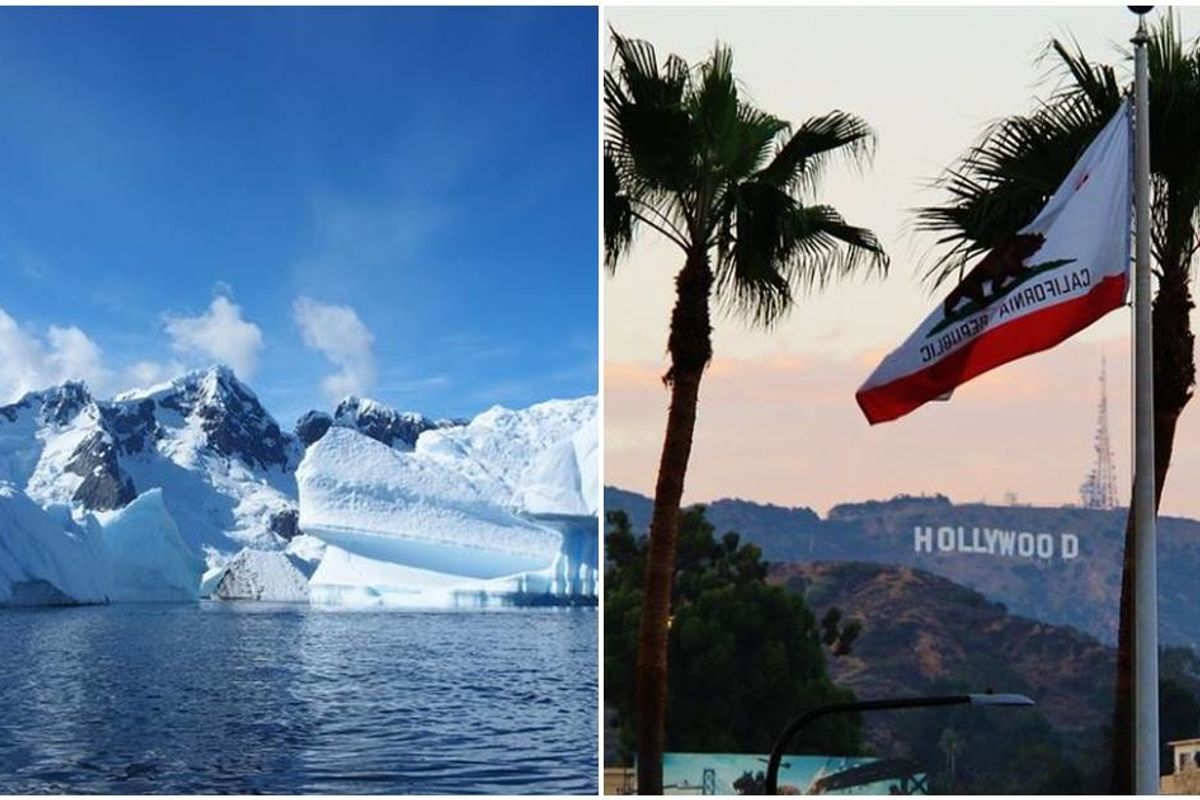 It's 11:40 am and sunny in Los Angeles, California, not a cloud in the sky and the temperature just hit 65° F. One could say it's the type of weather that inspired The Mamas and the Papas to sing about "California dreaming on such a winter's day."

Looking south to Antarctica, it was another warm one, with the temperature also hitting 65° F, making it the warmest day ever recorded on the continent. The temperature was measured at Argentina's Esperanza research station at its northern tip, CNN reported.

Even though it is summer in the Southern Hemisphere, Antarctica is one of the coldest places on Earth, it shouldn't' be anywhere near Los Angeles in winter. It's previous warmest temperature was 63.5° F, reached on March 24, 2015.

December through February are the warmest time of year at the Esperanza station, with an average of 39° throughout the three-month span.

The new record is no surprise to researchers. Antarctica is one of the places most dramatically affected by climate change. Its average temperature has increased by 5.4° F over the past 50 years.

By comparison, the rest of the planet has seen a 1.8° F increase since the beginning of the Industrial Revolution.

A recent report in the journal Frontiers in Marine Science says that animals may be the first real victims of climate change on the continent. The decline in the ice shelf created by rising temperatures will have a devastating effect on the area's krill population.

These shrimp-like crustaceans are the main form of sustenance for three types of Antarctic penguin, the Adélie, chinstrap, and emperor.

"The atmosphere is now changing more rapidly than most of the Earth's species have ever experienced, certainly in the last million years," says study author Simon Morley, a marine ecophysiologist at the British Antarctic Survey in the United Kingdom.

"It's critical that we understand the impact that's going to have… especially in this extreme environment," she continued.

The warmer temperatures in the Antarctic may also have a disastrous effect on Los Angeles and other coastal cities.

In the past several years, ice loss in the Antarctic has at least tripled, creating sea rises across the globe. According to the World Meteorological Organization, if the entire Antarctic ice sheet were to melt, global sea levels would rise by nearly 200 feet.

For some perspective, a three-foot of sea-level rise would lead to frequent flooding of cities such as New Orleans, Houston, New York, and Miami.

A six-feet rise in sea levels would displace around 12 million people in the United States and could wipe the cities of Shanghai, Mumbai, and Ho Chi Minh City off the map.