We watched it so you don’t have to. 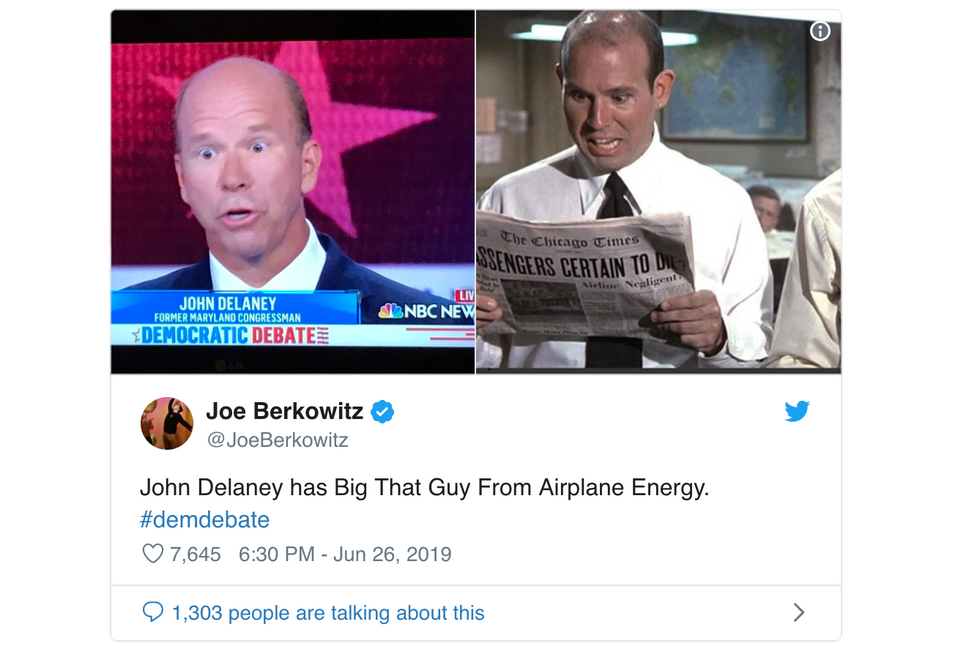 Night one of the first Democratic debate brought as barbs in both English and Spanish, but the real roast was on Twitter.

Here are the ones you need to see. Hopefully you don't run into any technical difficulties—unlike MSNBC.

John Delaney is like a divorced dad at a busy IHOP trying to get a waitresses attention while his kids have a syrup fight #DemDebate
— Matt Oswalt (@Matt Oswalt) 1561602524.0

maddow: hang on, real quick—congresswoman gabbard, what do you think LGBT stands for? tulsi: that would be Lesbian… https://t.co/VCJmVTY9rS
— Jill Gutowitz (@Jill Gutowitz) 1561603365.0