Bill Gates has five books he thinks you should read this summer. 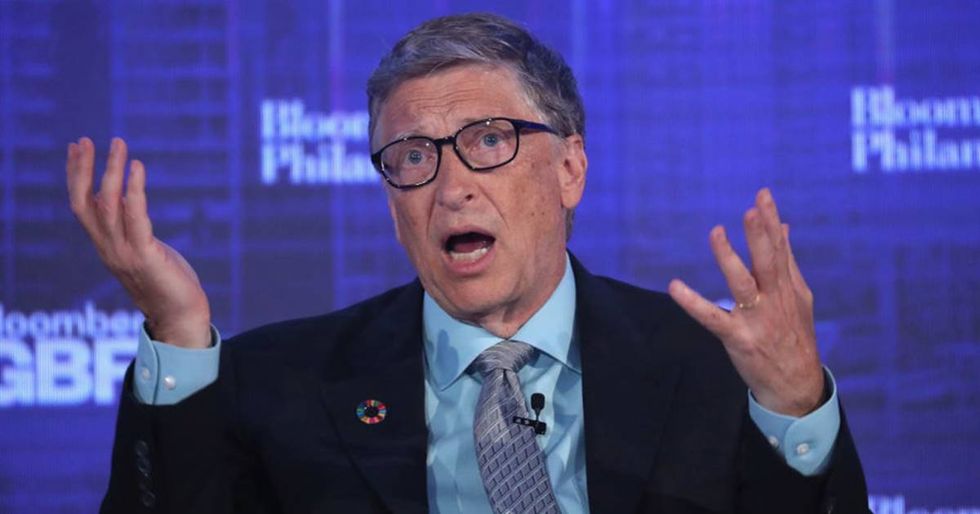 One of the most important benefits of reading is being able to borrow someone else’s brain for a while. Even the brilliant philanthropist, entrepreneur, and programmer Bill Gates needs to get out of his own melon as often as he can by picking up a good book.

Gates is a voracious reader who goes through over 50 books a year. Every year, he shares his list of recommendations for summer reading on his blog, Gates Notes.

Gates listed five books that primarily deal with science, economics, and history. But for those looking for something a bit lighter, Gates also recommends Graeme Simsion’s “The Rosie Result,” which goodreads calls, “Hilarious and thought-provoking, with a brilliant cast of characters and an ending that will have readers cheering for joy.”

Gates also recommends the new one from his wife Melinda, “The Moment of Lift,” a book about gender equity that focuses on empathy.

“Upheaval” explores how societies react during moments of crisis. Diamond uses a series of fascinating case studies to show how nations managed existential challenges like foreign threats, civil wars, and general malaise. Gates says the book, left him more “optimistic about our ability to solve problems than when I started.”

This book is titled after the amount of blood in the average human body and goes deep into the gory topic. Gates says the book is filled with “super-interesting facts that will leave you with a new appreciation for blood.”

“A Gentleman in Moscow,” by Amor Towles

Gates is a huge fan of novels about Russia and he loves this one about a count sentenced to life under house arrest in Moscow. He calls it “clever, fun, and surprisingly upbeat.”

“Presidents of War,” by Michael Beschloss

This book details the lessons learned from presidential leadership over nine major U.S. conflicts, including the Vietnam War, a subject Gates is fascinated by. Bechloss is an award-winning presidential historian who has written books on Dwight Eisenhower, Lyndon Johnson, and Franklin Delano Roosevelt.

“The Future of Capitalism,” by Paul Collier

In this thought-provoking book, Collier examines ways to bridge the economic, cultural, and social rifts that are tearing apart Western societies. Gates says the author’s background “as a development economist gives him a smart perspective on where capitalism is headed.”