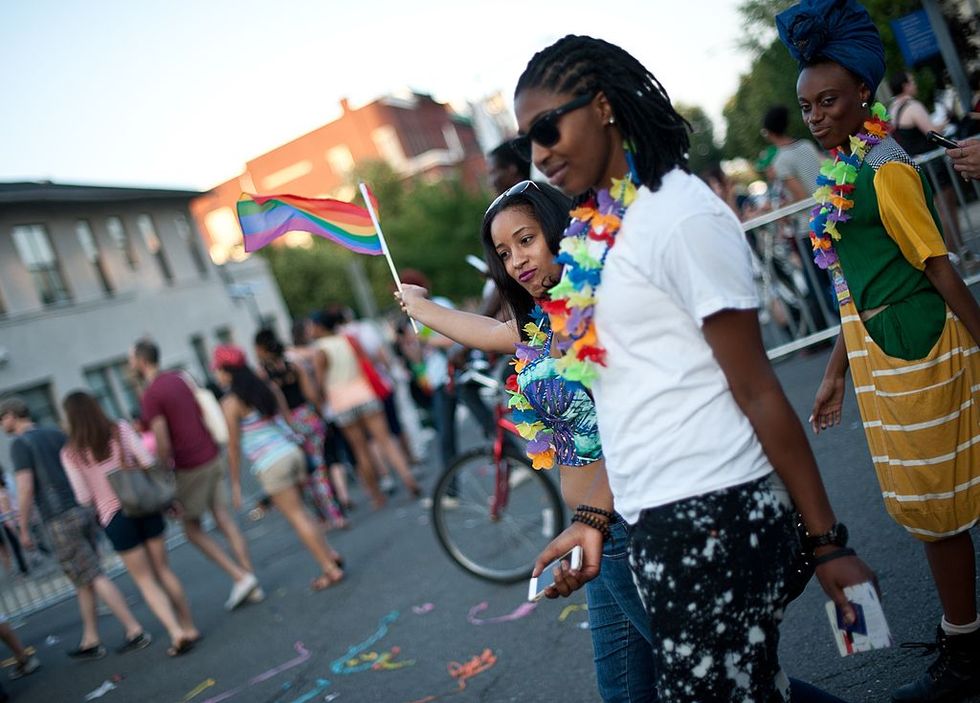 Since 1972, social scientists have studied the General Social Survey to chart the complexities of social change in the United States.

The survey, which is conducted every couple years, asks respondents their attitudes on topics ranging from race relations to drug use. In 2008, the survey started including a question on sexual identity.

As sociologists who study sexuality, we’ve noticed how more and more women are reporting that they’re bisexual. But in the most recent survey, one subset stood out: 23% of black women in the 18 to 34 age group identified as bisexual – a proportion that’s nearly three times higher than it was a decade ago.

What forces might be fueling this shift? And what can learn from it?

Bisexuality among women is on the rise

In the 10 years that the General Social Survey has included a question on sexual identity, rates of identification among gay men, lesbian women and bisexual men in the U.S. haven’t changed much.

Bisexual identifying women, on the other hand, account for virtually all of the growth among those who say they’re lesbian, gay or bisexual. Of all of the women who responded to the 2018 survey, more than 1 in 18 identified as bisexual. One decade ago, only 1 in 65 did.

The most dramatic shift among bisexual identifying women is happening among young people. In the 2018 sample, more than 1 in 8 women from the ages of 18 to 34 identified as bisexual. There were more than twice as many young female bisexuals as there were young lesbians, gay men and bisexual men combined.

That’s a large shift – and it all happened in a relatively short period of time.

Add race to the figures and you’ll see that young black women, in particular, account for a disproportionate share of this shift.

By 2018, more than 25% of young black women identified as lesbian or bisexual. And the majority of that change can be accounted for by bisexual-identifying black women.

In other trends, black women also led the way

Data like these help us to establish a shift is occurring, but they don’t really explain why it’s happening.

Exploring the “why” requires different methods of analysis, and existing studies – like Mignon Moore’s research on gay identity and relationships among black women – can provide some clues.

But beyond this, other demographic research shows that black women have led the way in other trends related to gender.

Consider the gender gap in college attendance. As early as 1980, black women began to outpace black men in completion of a four-year college degree. It wasn’t until a decade later that white women started earning college degrees at a higher clip than white men.

Perhaps when it comes to sexuality, black women are also ahead of the curve. If that’s the case – and if this trend continues – we might expect women of other races to follow suit.

A shortage of men?

They argue that these shifts speak to a larger truth about American culture: It’s more acceptable for women to spurn gender norms because femininity isn’t valued as highly as masculinity. Since masculinity and heterosexuality are closely intertwined, men might believe they’ll suffer a higher social cost for identifying as bisexual.

According to this argument, fewer “marriageable” men create a need for women to consider options beyond heterosexual relationships or marriage. A traditional marriage isn’t as necessary as it once was; since women have more educational and economic opportunities, they can afford to be pickier or, possibly, to explore same-sex relationships.

Another aspect of the hypothesis involves the disproportionately high rates of incarceration of black men in the U.S. It’s possible that because black women are, as a group, more likely to live in areas with smaller “pools of marriageable men,” they’re more open to bisexuality.

We’re less convinced by the shortage of men argument because it ignores the fact that incarceration rates of black men haven’t increased over the past decade. Yet over this period of time, the percentages of young black women identifying as bisexual have grown substantially.

The challenge of surveying sexuality

Finding reliable ways of measuring sexual identity on surveys is more difficult than you might think, and the trend could have been spurred by something as simple as the way the question is phrased in the General Social Survey:

“Which of the following best describes you?”

Of the roughly 1,400 people who responded to this question on the 2018 GSS survey, only six responded “don’t know.” Another 27 didn’t respond at all.

But everyone else selected one of those three options.

Perhaps some respondents didn’t want to neatly tie themselves to the category of “gay” or “straight.” If this is the case, “bisexual” almost becomes a default fallback.

Either way, one thing seems clear: Young people – especially young black women – are more willing to explore their sexuality. And the ways they are sexually identifying themselves on surveys is only one indicator of this change.

Mignon R. Moore is Professor and Chair of Sociology, Barnard College.
This article is syndicated from The Conversation. You can read the original version here.
Trending Topics
THE DAILY GOOD
Start your day with something GOOD.
Trending Stories

Ted Cruz tried to lie about fundraising off the Capitol riot. But AOC had the text to prove it.