Staying Politically Neutral Is More Dangerous For Companies Than You Think 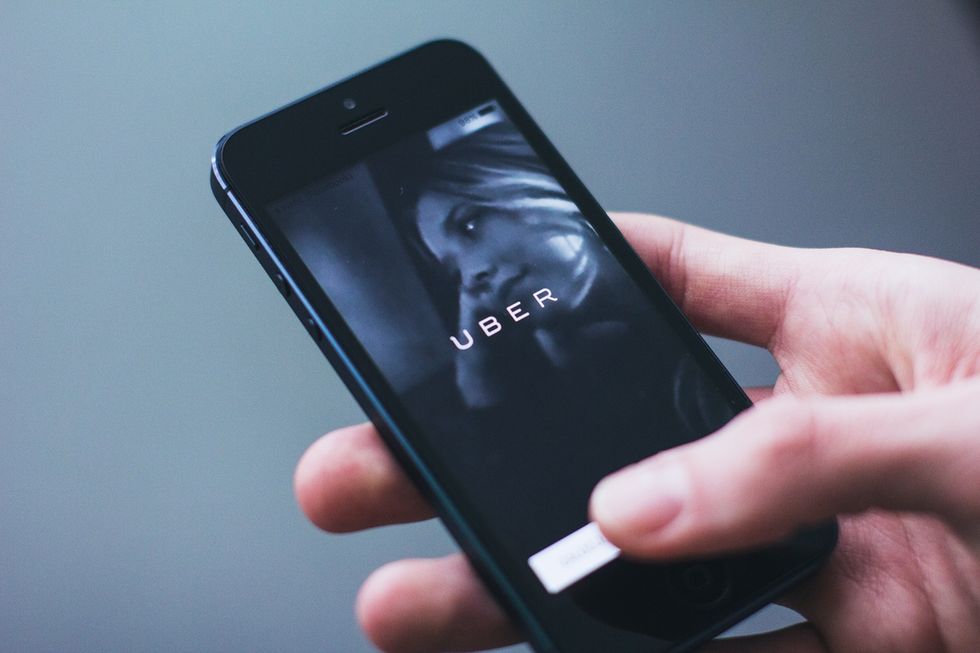 President Donald Trump’s executive order temporarily banning immigration from seven Muslim countries has put corporate executives in a bind. Almost from the moment he announced the ban, questions poured in about where those executives stood on the issue.

The media has highlighted a cluster of companies that have made public statements against the executive order. For example, Netflix called it “un-American,” while Ford Motor Company said: “We do not support this policy or any other that goes against our values as a company.”

[quote position="right" is_quote="true"]The implication is that the company is hiding something and trying to deceive its customer base.[/quote]

But overlooked are the many more companies that tried to distance themselves from the debate. Chevron, Disney, Verizon, GM, Wells Fargo and others have all taken a wait-and-see approach. An illustrative example is Morgan Stanley, which expressed concern and said it is “closely monitoring developments.”

Such responses are no doubt based on the prevailing wisdom that companies need to stay out of politics. Most large corporations have diverse constituencies that draw from both sides of the political spectrum. As a result, executives fear that attracting the political spotlight by taking a stand on the executive order will alienate either the millions of customers who voted for Trump or the millions who voted against him.

My research suggests their fears are misplaced. And in fact, the opposite may be true: It may be more dangerous to remain silent than to take a political stand.

Consumers today form relationships with a company based not only on the quality of the products and services it sells, but also on a set of expectations of how it should comport itself (see also here).

When companies violate these expectations by behaving inconsistently, consumers reconsider that relationship. Obviously, this can have a major impact on company performance if many customers experience a violation.

My colleagues and I at Clemson University and Drexel University have been testing this notion in a series of controlled experiments.

In one field experiment, for example, we exposed study participants to statements about a pharmacy chain moments before they entered one of its stores. Some read a statement in which the company described itself as guided by a set of values (what we call a “values orientation”), while others read that it tries to adapt to whatever market conditions warrant (a “results orientation”).

These statements established participants’ political expectations of the company. We predicted that for a values-oriented company, taking a stand would align with expectations but that abstaining would violate expectations.

Participants then read a short article reporting that the company had either just taken a stand on proposed gun control legislation (we randomized what side of the issue the company took) or had abstained from making a comment. After shopping, participants reported their in-store experience and whether or not they had bought anything that they hadn’t planned to purchase before entering the store. We used the unplanned purchase to indicate the impact of the political stand on the customer-company relationship.

Even after accounting for the personal view of the participant and whether his or her state voted Republican or Democratic in the 2016 election, purchasing behavior was significantly affected if the company went against prior expectations.

Additional experiments reveal that consumers behave this way because they find it hypocritical for a company that claims to be “guided by core values” to then withhold its position on a political issue. The implication appears to be that the company is hiding something and, therefore, trying to deceive its customer base. Conversely, reinforcing expectations may forge trust and enhance relationships with customers.

For a real-world quasi experiment on the potential costs of staying silent, we need look no further than Lyft’s and Uber’s respective responses to President Trump’s executive order. Lyft reacted by publicly opposing the order and pledging $1 million to the American Civil Liberties Union. Uber was more equivocal. In a Facebook post, CEO Travis Kalanick acknowledged concerns and said he would raise the issue “this coming Friday when I go to Washington for President Trump’s first business advisory group meeting.”

As part of a poll I administer periodically to gauge reactions to companies that take political stands, a group of leading scholars were asked to grade Lyft and Uber on their respective approaches. The panel was generally favorable toward Lyft, although conservative panelists questioned whether its actions would have a lasting impact on the political issue at hand.

However, Uber was criticized by scholars of all political persuasions for not confronting the issue. Panelists thought Uber was taking some leadership by reacting quickly, but its lackluster response was not consistent with its purported beliefs as a bold game-changer. It is little surprising, then, that the move motivated many customers to uninstall the Uber app from their phones. Uber received so many requests, in fact, that it had to implement a new automated process to handle all the deletions. The company later announced in an email to defecting customers that the executive order was “wrong” and “unjust.” Kalanick also resigned from President Trump’s business advisory council.

Feet to the fire

The danger of inaction—as Uber’s experience shows—is real. In remaining silent on important societal issues, executives may be harming performance more than they think.

It is no longer enough to engage government solely through private channels, although that will certainly be necessary as well. Consumers are willing to hold executives’ feet to the fire if they believe the executives are betraying corporate values.

This may be especially true for companies that forcefully advocated for free trade, access to a global talent pool, action on climate change, and inclusivity for all orientations and religious backgrounds during Barack Obama’s tenure. My research suggests that both liberals and conservatives could view it as a breach of trust to abandon those beliefs by acquiescing to a swing of the political pendulum.

Though our current political environment is polarized and contentious, most people still find failures of sincerity more troubling than differences of opinion. As long as a company is not being deceptive by obfuscating its beliefs, consumers can be surprisingly tolerant of a company that holds an opposing view.

So to corporate executives: Your constituents are watching. They acknowledge that your company has a distinct set of values. They are asking for you to be forthright. And they want to know that you have the gumption to stand up for your stated values.