Gillette’s inspiring new toxic masculinity ad asks: “Is this the best a man can get?” 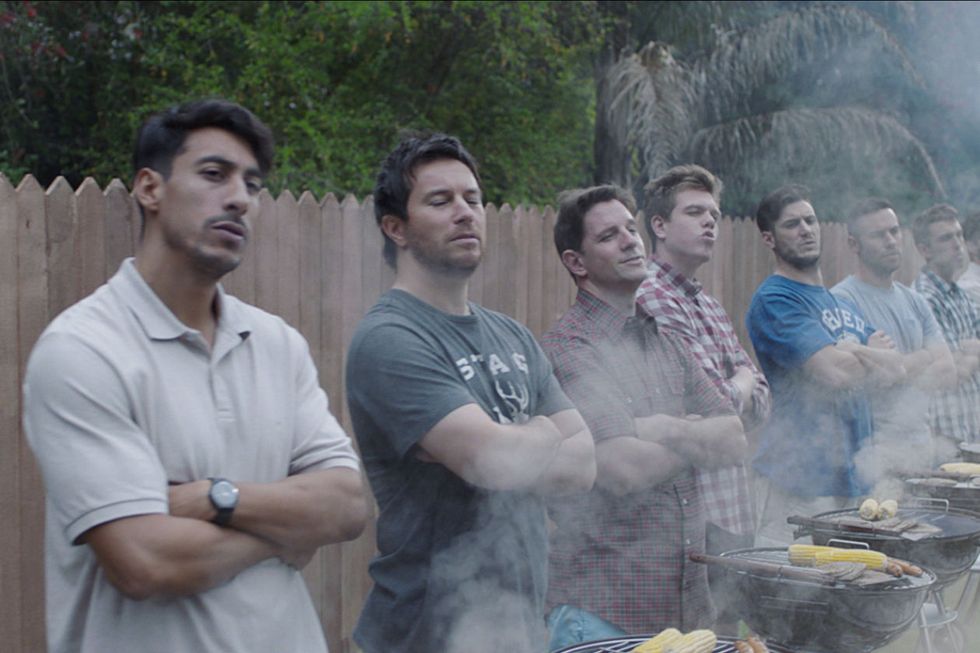 Even if you don’t remember ever seeing a Gillette razor commercial, you’ve almost certainly heard or seen their iconic catchphrase, “The best a man can get.”

The company flipped the script in a new advertisement that addresses the #MeToo movement and the role toxic masculinity plays in it, asking, “Is this the best a man can get?”

The nearly two-minute digital ad opens with a montage of news reports on bullying, #MeToo and toxic masculinity as the reversed question is asked by a narrator over images of men self-reflecting while staring into their bathroom mirrors.

“It’s been going on far too long,” the narrator continues. “We can’t laugh it off.”

A series of disturbing images play out while a literal formation of men standing in front of grills deadpan, “Boys will be boys,” until the narrator declares, “Something finally changed and there will be no going back.”

But rather than focusing exclusively on a negative, shaming note like so many other attempts at moving beyond toxic masculinity, the Gillette ad smartly transitions into framing the #MeToo movement as a chance for men to be better while still being men. As the narrator says: “Because we believe in the best of men.”

Men are encouraged to self-police amongst themselves as images play out of men intervening to discourage other men from engaging in acts of harassment or blatant sexism: “To say the right thing, to act the right way. Some already are, in ways big and small. But some is not enough because the boys watching today will be the men of tomorrow.”

“This is an important conversation happening, and as a company that encourages men to be their best, we feel compelled to both address it and take action of our own,” Gillette brand director for North America Pankaj Bhalla said to the Wall Street Journal. “We are taking a realistic look at what’s happening today, and aiming to inspire change by acknowledging that the old saying ‘Boys Will Be Boys’ is not an excuse. We want to hold ourselves to a higher standard, and hope all the men we serve will come along on that journey to find our ‘best’ together.”

Gillette has set up a site on countering toxic masculinity that is also driving contributions to the Boys and Girls Club of America.