How did people actually clean their teeth before the modern era?

Dental hygiene has come a long way since the days of wine-soaked toothpicks and urine mouthwash. 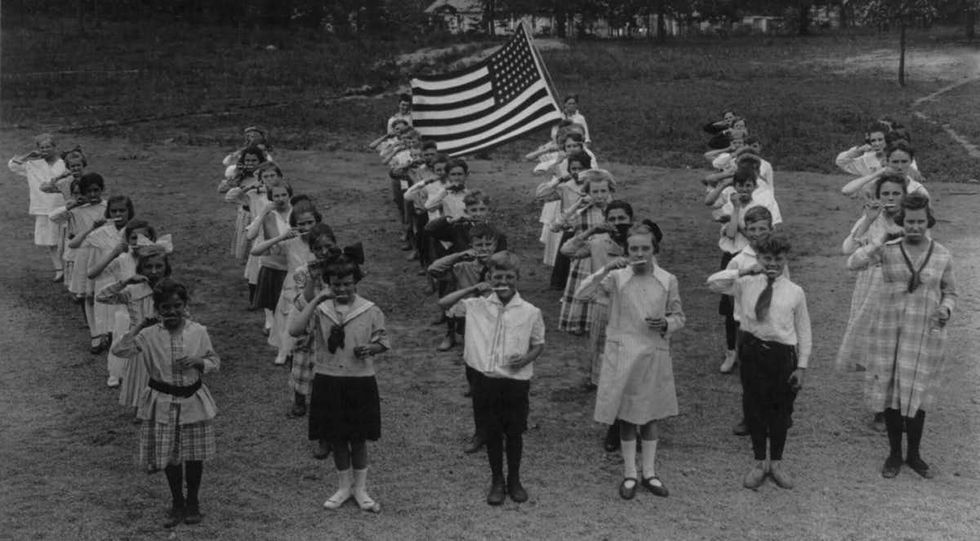 Dental hygiene has come a long way since the days of wine-soaked toothpicks and the urine mouthwash once thought to disinfect mouths and whiten teeth.

Some of the earliest tooth-cleaning artifacts archaeologists have found are ancient toothpicks, dental tools and written tooth care descriptionsdating back more than 2,500 years. Famous Greek doctor Hippocrates was one of the first to recommend cleaning teeth with what was basically a dry toothpaste, called a dentifrice powder.

Ancient Chinese and Egyptian texts advised cleaning teeth and removing decay to help maintain health. Some of the early techniques in these cultures included chewing on bark or sticks with frayed ends, feathers, fish bones and porcupine quills. They used materials like silver, jade and gold to repair or decorate their teeth.

Believe it or not, in the early 1700s a French doctor named Pierre Fauchard told people not to brush. And he’s considered the father of modern dentistry! Instead, he encouraged cleaning teeth with a toothpick or sponge soaked in water or brandy.

In the late 1700s, Englishman William Addis was the first to sell toothbrushes on a large scale. He got the idea after making a toothbrush from bone and animal bristles while in prison.

Before modern-day toothpaste was created, pharmacists mixed and sold tooth cream or powder. Early tooth powders were made from something abrasive, like talc or crushed seashells, mixed with essential oils, such as eucalyptus or camphor, thought to fight germs. Their flavors came from oils of cinnamon, clove, rose or peppermint. Many contained other chemicals such as ammonia, chlorophyll and penicillin. These ingredients fight the acid-producing bacteria that can cause tooth decay and bad breath.

By the 1900s, children of immigrants to the U.S. were taught oral hygiene as a way to help “Americanize” them and their families. Factories examined and cleaned their workers’ teeth to keep them from missing work due to toothaches.

Daily tooth brushing became more common thanks to World War II, when the American army required soldiers to brush their teeth as part of their daily hygiene practices. The first nylon toothbrush was made in 1938, followed by the electric toothbrush in the 1960s.

Nowadays, there are dozens of kinds of tools and potions to help keep your mouth healthy. As a professor of dental hygiene, I believe it’s most important to clean your mouth daily, no matter how you choose to do so. Well, maybe stay away from the urine mouthwash.