“We are all brothers.” 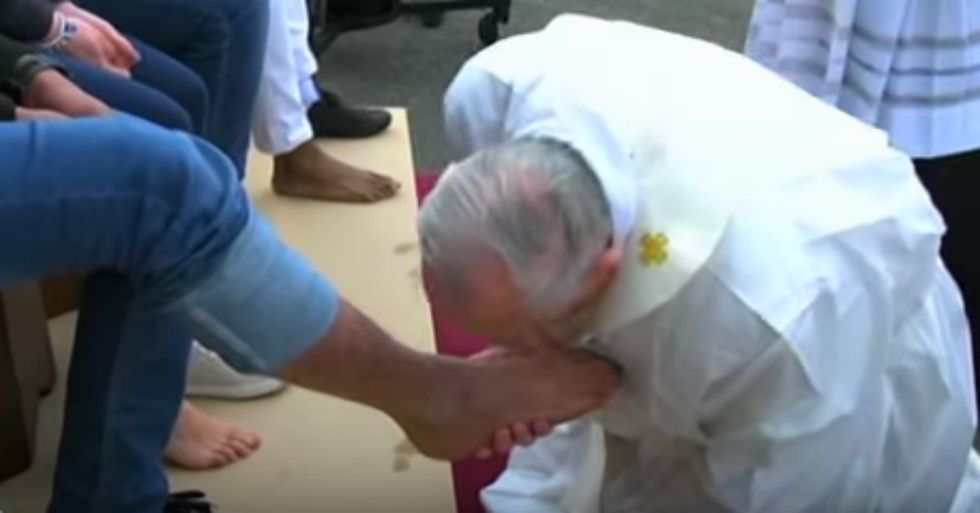 Pope Francis is choosing to lead by example. His Holiness used Holy Thursday to announce, “We are all brothers” as he knelt, washing and kissing the feet of Muslim refugees.

In the aftermath of the terrorist attack in Brussels, the pope welcomed Orthodox, Hindu, and Catholic refugees, declaring them all children of the same God and denouncing the “gesture of war” that left dozens dead. Holy Thursday is a reenactment of Jesus washing the feet of the apostles before being crucified. “We have different cultures and religions, but we are brothers and we want to live in peace,” Francis said.

Traditionally, the ritual has been performed only on groups of 12 Catholics, with Vatican rules reserving the gesture for men. But in 2013, Francis caused a stir by washing the feet of several women and Muslims at a juvenile detention center. Four women and eight men took part in the ritual on Thursday.

“All of us, together: Muslims, Hindi, Catholics, Copts, Evangelicals. But brothers, children of the same God,” Francis said. “We want to live in peace, integrated.”