Giving people an opportunity to dance it out is never a bad thing. 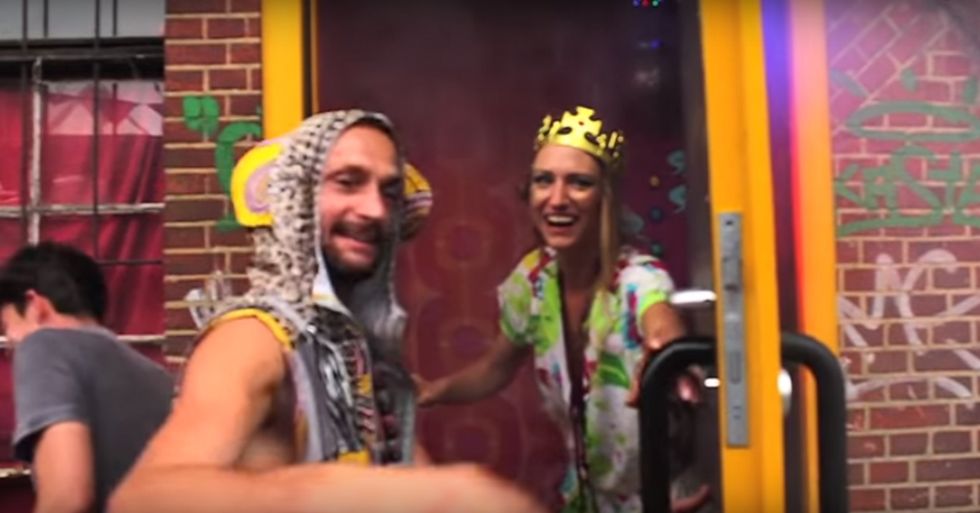 They’ve been repurposed and turned into ATM machines, fish tanks, libraries, outhouses, even a couch. Now, in Berlin—where else?—old telephone booths are being transformed into tiny discotheques. Complete with a disco ball, the Teledisko can fit up to three people, and also works as a photo and video booth. It works like a vending machine—drop some coins, dance to a disco hit, and receive a set of four photos at the end of the experience. “It creates a minuscule bubble of freedom where only the moment counts,” reads the website.

The German telecommunications company Deutsche Telekom produced the booths. One is located in Berlin's Friedrichshain-Kreuzberg district, and another is mobile, for rentals. While it seems like a no-brainer for parties and events, having these public mini mood lifters seems like a valuable investment in mental health. Giving people an opportunity to dance it out is never a bad thing.