Why Ugly Apples Taste Yummier—And May Be Better For You 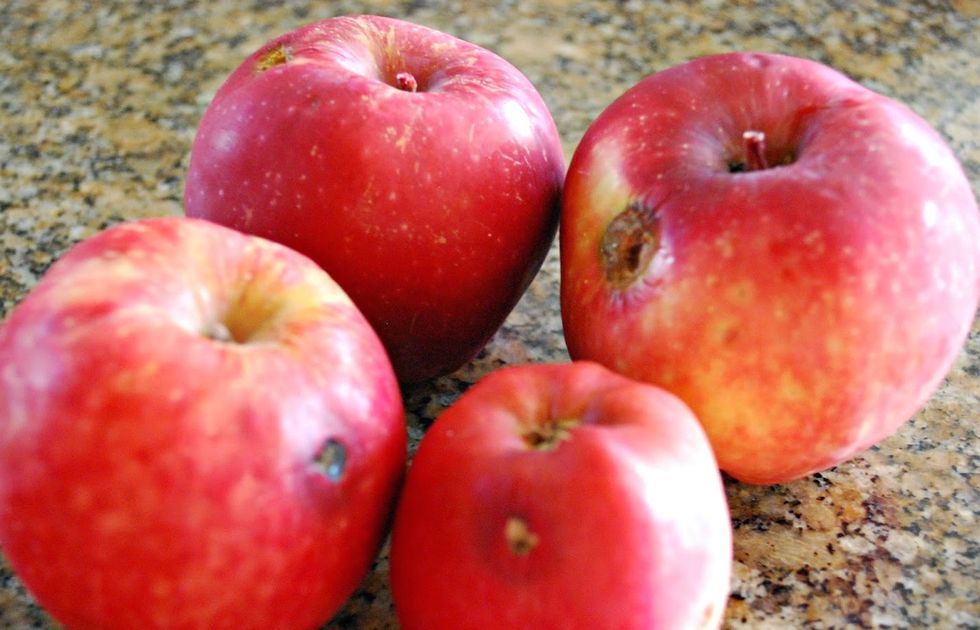 Do you overlook scarred, pockmarked fruits and veggies while hunting for perfect produce? If so, you’re not alone, but new research suggests you might want to rethink your shopping strategy.

There is mounting evidence that when apples fight off disease, pests and other stressors—the cause of unsightly scabs, blisters and misshapen fruit—they develop more healthy antioxidants, including polyphenols, flavonoids and anthocyanins.

Orchardist and cider-maker Eliza Greenman is passionate about imperfect apples. In a recent sampling in her own orchard, she compared blemished specimens to flawless ones from the same tree and found the ugly fruits were 2 to 5 percent sweeter. "I started tossing the really scabby apples, maybe 20 of them, in a blender,” says Greenman. “I did this over and over and over again."

She wanted to know what the internal reaction producing scars was doing to her apples at a chemical level. “What does that fight look like? Does a stressing agent like apple scab bring about super fruits?” wrote Greenman on her website. “It makes sense to me. When stress occurs, the apple’s response is to pump the site of infection/attack full of phenolics.”

It is one of the deep tragedies of our modern food system that imperfect fruits and vegetables never make it off the farm, let alone into a research lab, says chef Brandon Baltzley. The Georgia-born chef worked at several acclaimed American restaurants before apprenticing on a Maine farm, and he is now co-chef at the 41-70 in Woods Hole, Massachusetts.

"Michelin-starred places want the most perfect, small vegetable that's uniform and looks the same a hundred times over,” says Baltzley. “From a chef’s perspective, as far as aesthetics go, imperfections benefit us more than a perfect carrot. I personally think those fruits and vegetables taste better.”

Getting the most out of imperfect produce is one of his main goals in the kitchen. "We're trying to put in more work, put in more hours, put in more labor, to cut down on other things like food cost and waste. We're really trying to lead by example."

About one-third of food produced for human consumption is lost or wasted globally, according to the Food and Agriculture Organization of the United Nations. That amounts to about 1.3 billion tons per year. In the United States and Europe, that equates to between 280 and 300 kilograms of food waste per person, a figure that has caused public outcry.

In reaction, Imperfect Produce has started distributing off-size and “misshapen” produce across California with door-to-door delivery and bulk-buying programs. It’s even partnering with Whole Foods for a pilot program this spring. Elsewhere in the U.S., Giant Eagle super markets are currently testing a Produce with Personality campaign to sell unconventional fruits and vegetables, while Canada’s Loblaw chain is expanding its Naturally Imperfect line, which costs 30 percent less than standard produce, this year.

"I think we've been taught to think that all blemishes and imperfections are bad," says Greenman. "So many people think that apple scab contains a worm. I only eat ugly apples, and I can count on one hand the number of times I've seen a worm."

Better taste and less waste sounds like just the right business model to us.