This Former State Senator Thinks His Documentary Will Save a River 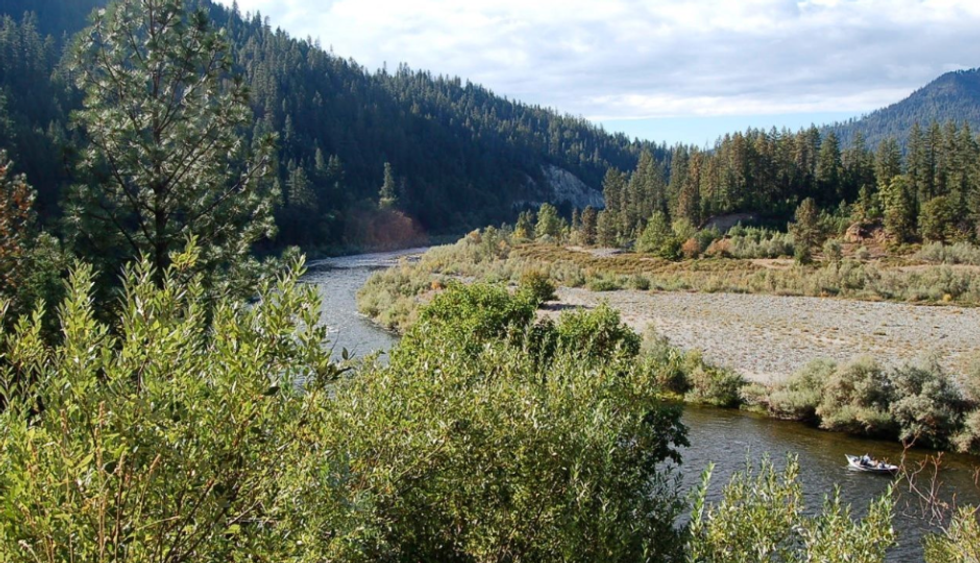 We wanted to share the following message from our friend, former Oregon state senator and gubernatorial candidate Jason A. Atkinson, who left politics behind so he could make a movie that would change the world. We think that’s pretty cool.

Politics follow culture, which is why, five years ago, I set out to put culture first by telling the story of the Klamath River, one of the largest salmon runs emptying into the Pacific Ocean—and home to the longest-running water war in the West.

I wanted to take politics out: Don’t preach to the already converted, don’t play winner/loser gamesmanship—just tell the raw, honest truth. And along the way, encourage Americans to make an emotional connection to what I know to be a very significant place, home to an incredible group of people.

There are four dams in the Klamath River. They hold no water for agriculture—yet they still manage to heavily pollute the waters of one of the most majestic rivers in the United States. To the tribal nations who live there, the devastation of the Klamath bears the same symbolic weight as the Confederate flag does to African Americans in South Carolina. But in the case of the Klamath, no one really knows the story—it’s never been national news.

Even though you might not have ever heard of the Klamath River, it represents the very fiber of American culture. And our feature-length documentary A River Between Us, a cinematic call to action, is about people doing the right thing, for the right reason, under the incredible pressure of generational hatreds, forging a new path based on the best our country has to offer.

Success would result in the biggest-ever river restoration win in the United States—bigger, even, than the Everglades. But it won’t be easy to make that happen. I spent a career in politics trying to get there. 46 groups—including ranchers, farmers, and even Berkshire Hathaway have agreed to a deal. California and Oregon have already set aside money for dam removal. The only problem? Congress won’t let it happen.

So now, I’m reaching out directly to you. Before our film is released next Tuesday, my goal is to raise the Klamath’s national profile as much as humanly and virtually possible. We’re seeking social awareness and social media support in numbers, across the country. We just need a little more help to make this happen, here and now.

I know that when we succeed at spreading the word about what’s going on there, history will be ours to shape. That’s because this river presents an incredible opportunity to President Obama to leave behind an unparalleled conservation legacy, while healing centuries of large-scale, racially driven conflict.

A River Between Us is the lever; the story is the political cover; the groundwork is done. And when the Klamath conflict is demonstrated to the President to be the legitimate, urgent concern I know it be, I believe that he will act. Together, we will change the course of history. I hope you’ll help me make it happen.