Trump lied about being among the 9/11 first-responders, so people are Photoshopping him into historical events 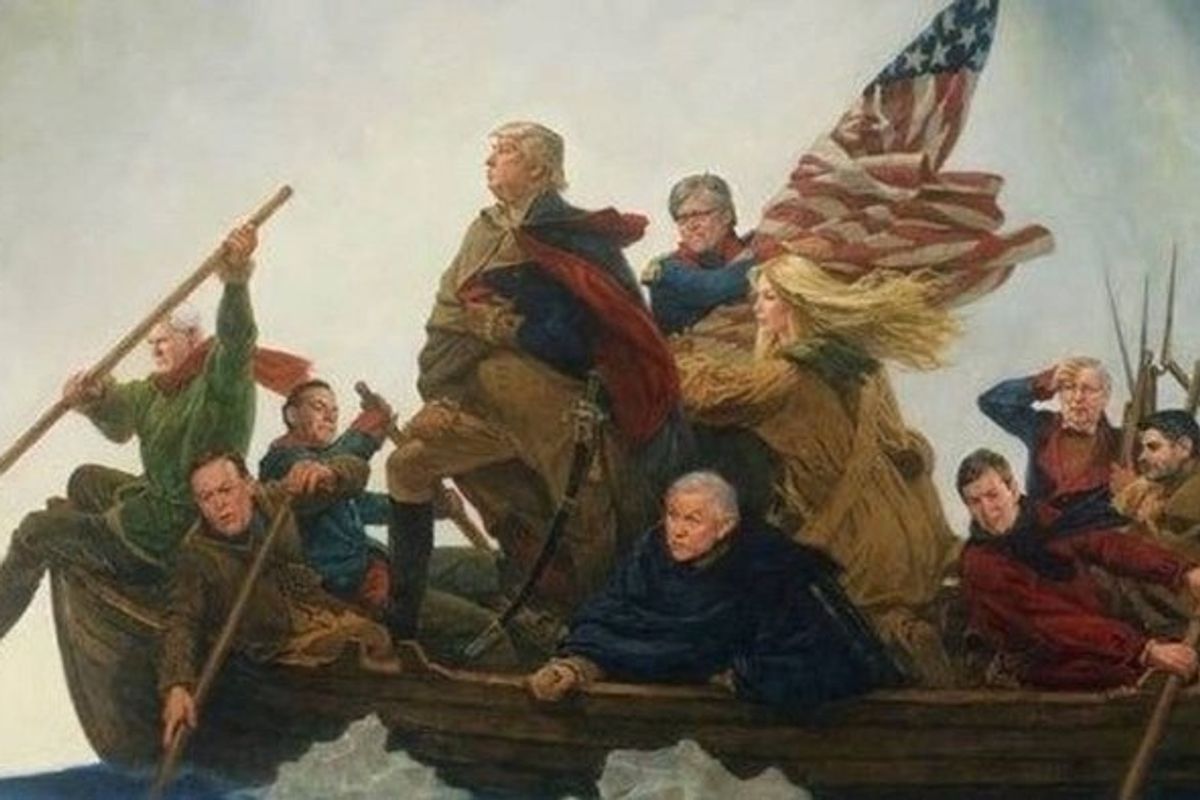 The president seems to abhor anyone taking the spotlight from himself. At a ceremony at the White House Rose Garden on Monday where he signed a bill granting permanent compensation to 9/11 first-responders, he included himself among the heroes.

However, like most things Trump says, it wasn't true.

"I spent many months there myself, and I never witnessed him," Richard Alles, a retired deputy chief with the New York Fire Department, told The New York Times. "He was a private citizen at the time. I don't know what kind of role he could have possibly played."

Video footage shows that shortly after the World Trade Center buildings fell, he bragged that he now owned the tallest building in downtown Manhattan. Which wasn't true.

Trump's claim that he was among the first-responders has drawn criticism and spawned tons of memes under #LostTrumpHistory. People on social media are mocking his penchant for lying and stealing others' thunder by Photoshopping him into historical events such as the moon landing, Washington crossing the Delaware, and The Last Supper.

Here are some of the best responses to #LostTrumpHistory.

Ordering the miso cod at nobu is not the same as running up the stairway in tower two #LostTrumpHistory https://t.co/pUKWRV3Uwk
— Molly Jong-Fast (@Molly Jong-Fast)1564437025.0

@gtconway3d He stormed the beaches of Normandy and took out three German bunkers with a golf club. #LostTrumpHistory https://t.co/7ESsyCctUq
— Jelle Simons (@Jelle Simons)1564431853.0

During the Revolutionary War when our army secured the airports from the air.. which was a noble deed since airplan… https://t.co/YoKmfIIqXb
— spensergirlFlorida (@spensergirlFlorida)1564432217.0