WWII soldiers were warned about STDs via a series of colorful PSA ads created by the U.S. government. 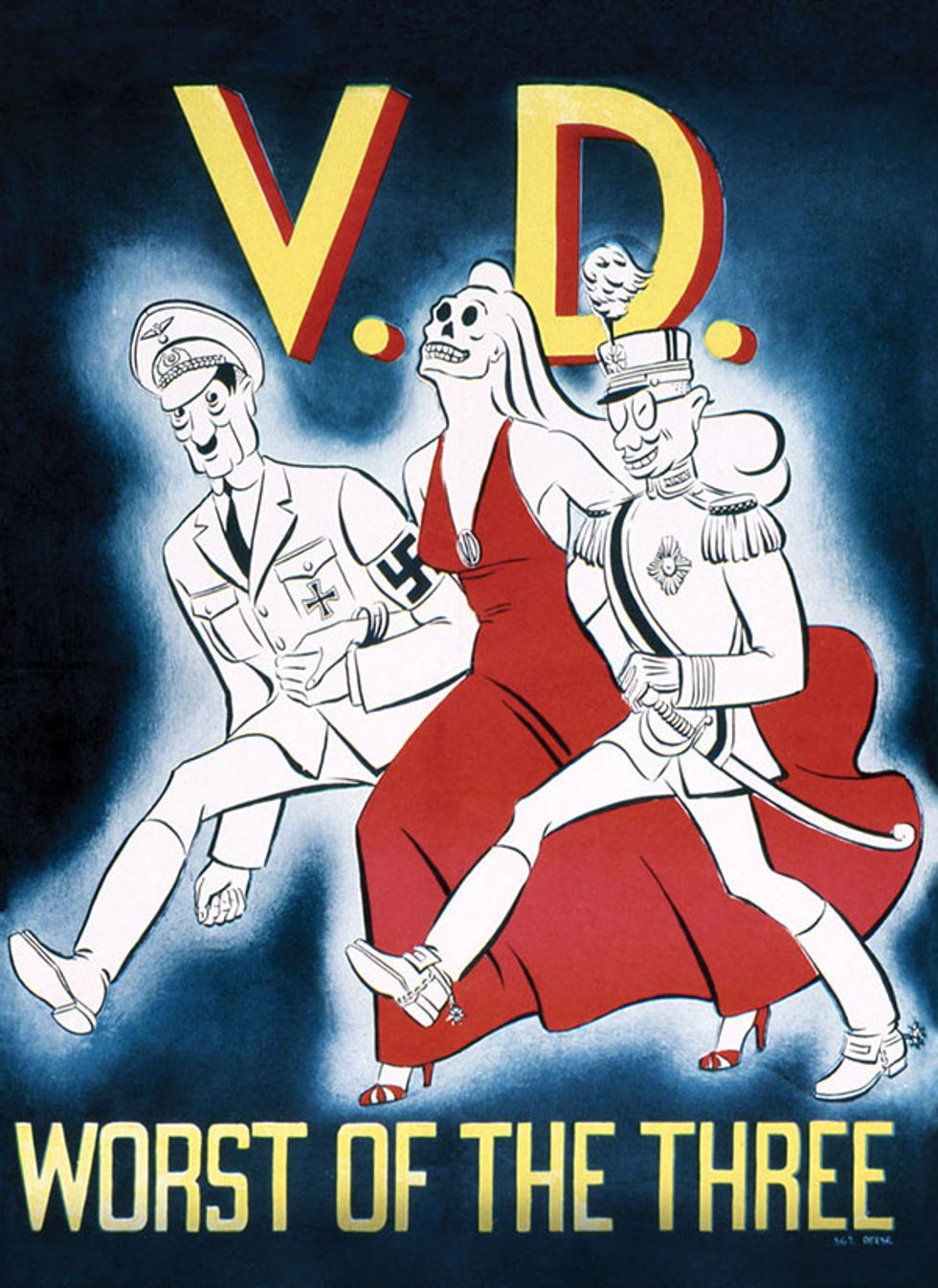 Going into WWII, troops were told what their main enemies would be: Hitler, Mussolini, Hirohito, and … gonorrhea. In order to prevent the type of rampant venereal disease that plagued the U.S. military during WWI, in the late 1930s, the government commissioned a series of colorful PSAs aimed at warning troops of the dangers that lurked with randy pleasures. From disease-riddled French prostitutes to Nazis dancing arm in arm with sexy skeletons, these ads were both fascinating and frightening. Initially drawing inspiration from ads created by the Works Progress Administration under FDR’s New Deal, artists used a wide range of techniques to get the message out, from dramatic comic book pamphlets to funny slogans like “Fool the Axis — use Prophylaxis!”

Ryan Mungia published a comprehensive collection of these posters entitled “​Protect Yourself.” Scouring the image libraries of the National Archives and the National Library of Medicine (among other resources) this book provides a unique opportunity to see how great graphic design can be used for social change.