This Place is an ambitious project meant to capture the complexity of Israel and the West Bank, both as place and as metaphor, through the eyes and lenses of 12 internationally acclaimed artists. 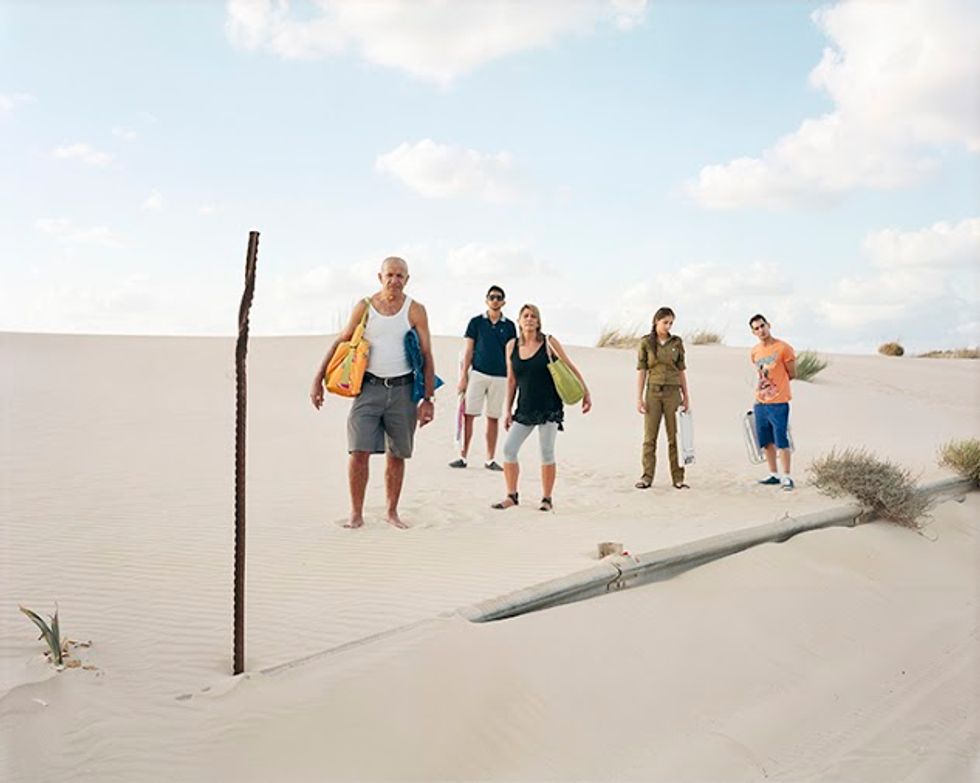 Complex issues concerning aspects of Israeli sovereignty have plagued the tiny, controversial country since its official creation in 1949. While these challenging and seemingly intractable problems have been approached and analyzed from many angles, a new traveling photo exhibit hopes to use documentary-style photography as an impartial medium for further exploration. This Place, which first opened October 24th in Prague at the Dox Centre for Contemporary Art, is an ambitious project meant to capture the complexity of Israel and the West Bank, both as place and as metaphor, through the eyes and lenses of 12 internationally acclaimed artists. Those participating include Wendy Ewald, who initiated 14 participatory projects throughout the region with communities that included schools, womens' groups, market stall owners, and high-tech workers, to Fazal Sheikh, who created a grid of 48 aerial photographs, each taken above the traces of disappeared Bedouin villages, meant to narrate a powerful story of community, land, and exclusion. Additional artists invited to take on a six-month residency in Israel, spanning from 2009-2012, include Martin Kollar, Josef Koudelka, Jungjin Lee, Gilles Peress, Stephen Shore, Rosalind Solomon, Thomas Struth, Jeff Wall, Nick Waplington and Frederic Brenner. During this time thousands of original artworks were created, many seen in our slideshow above, as well as a series of monographs and a comprehensive catalog.

The show will continue to travel through 2016 internationally, and is curated by Charlotte Cotton, former head of the Photography Department at the Los Angeles County Museum of Art (LACMA). “By its very nature, This Place is a multifaceted project. It provides entry points and participation in the ongoing cultural discussion about photographic representation of politically and philosophically contested spaces,” explains Cotton. “This Place embodies the idea of photography as itself a multifaceted notion – these incredible bodies of photographic work will be the prompt for discussions, the visual vehicles for sharing ideas and knowledge, as well as the material experience of the personal journeys undertaken by the commissioned artists.”

This Place will be appearing at the following: