Can his advisors survive in the White House if they’re not sycophants? 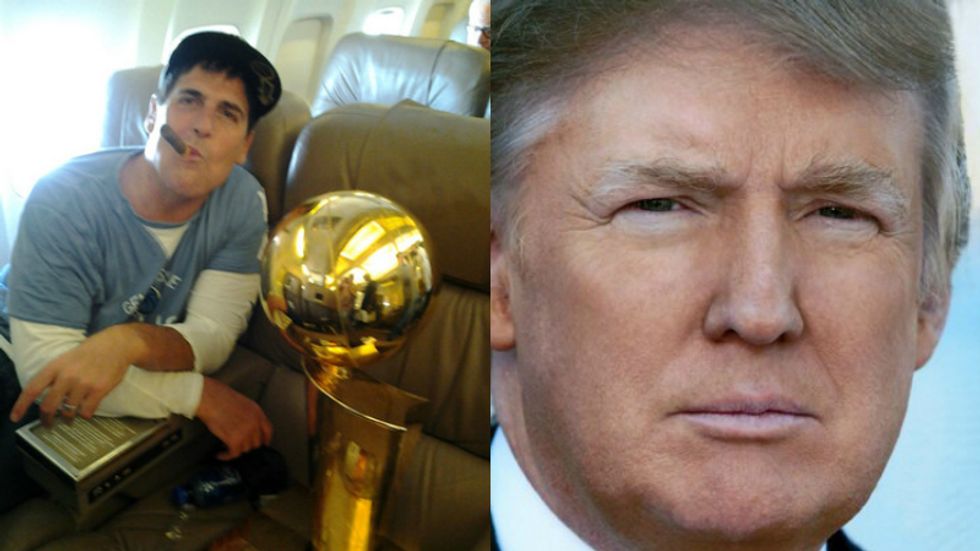 Donald Trump has some, well, let’s call them “interesting” ideas about health and wellness. Whether he’​s eating a brick-sized slab of red velvet cake in front of a New York Times reporter, dining on fast food, or arguing people shouldn’t exercise because the human body is like a battery with a finite amount of energy, he’s constantly flouting norms of healthy behavior.

So when a little nugget from Trump’​s trip abroad was reported about how Trump didn’​t walk with other world leaders—instead he had to be chauffeured in a golf cart behind him—that caught the eye of Dallas Mavericks owner and ​fellow billionaire-turned-reality-star Mark ​Cuban, who offered Trump some advice on health after seeing that detail.

It’s doubtful he’ll take Cuban’s advice. Which is why he so quickly shifted from criticizing Trump’s unhealthiness to diving into whether the 45th ​President could actually take advice in the first place. Does Trump have the capacity to even listen to smart people? And does he even have any around him?

This is where Cuban and a lot of the president’​s critics differ. Cuban still believes that good public servants can influence policy for the better inside the Trump White House. He doesn’t believe someone working for Trump has to completely debase themselves or set their credibility on fire the moment they arrive at 1600 Pennsylvania Avenue; they can still guide the president to some degree. Hence, Cuban believes credible people are still valuable inside the White House because they have the ability to bring order to a chaotic presidency.

Cuban went on to throw a few more missives the president’s way over the course of the weekend. It won’​t be the last time we see it happen on Twitter. And don’t be surprised if Cuban wants to do it one day in a presidential debate.