After An NFL Quarterback Was Rude To Reporters, His Mom Forced Him To Make An Apology

Rushing linebackers are no match for a mother’s scolding over manners. 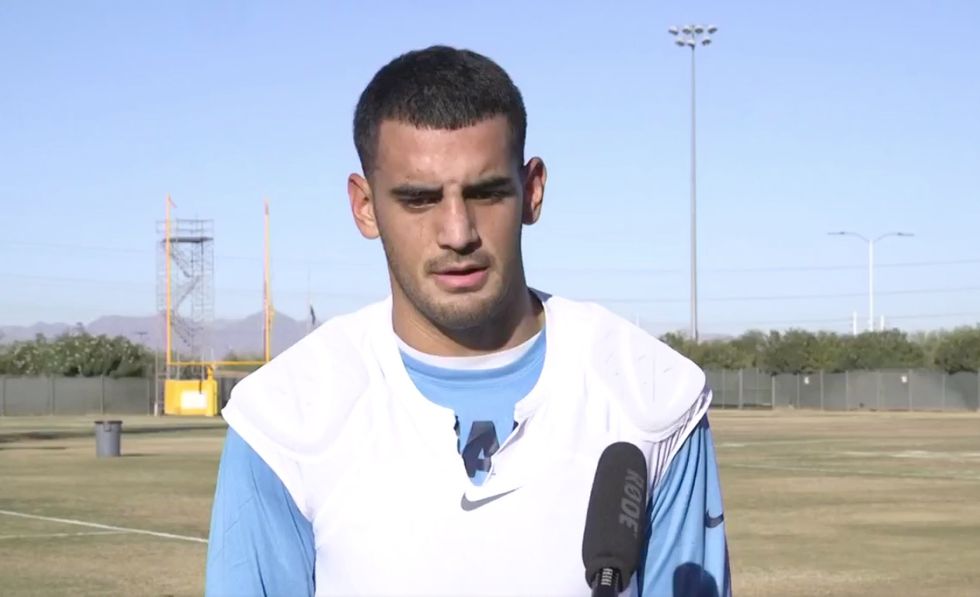 While many athletes delight in the recognition they receive from the press, the fallout from an upsetting loss can strain the relationship between a player and sports reporters. A bad day on the field for Marcus Mariota and his Tennessee Titans led to a terse press conference afterward in which the young quarterback carried an indignant tone throughout the mandatory event, offering little in the way of a response to the reporters questions.

In defense of Mariota, shifting gears from the agony of defeat to putting on a happy face for the media, isn’t something that comes naturally in the span of twenty short minutes between the two events. Nonetheless, much like Mariota did his job on the field, the reporters at the post-game presser are just doing theirs, so stonewalling them while moping through the motions, isn’t a great look for an athlete striving for stardom.

Here are his postgame remarks:

With the benefit of hindsight, many athletes would handle encounters such as this one differently, but when the moment passes, many just carry on hoping to learn from the experience. However, one Marcus Mariota fan demanded more.

When facing the press again days later, Mariota began his remarks with a humble apology for his impolite disposition following the previous week’s game. The QB stated on the record that his mom had seen his behavior during the press event and was none too thrilled for being “rude,” compelling him to issue a seemingly heartfelt public apology.

In this video, shared by the Titans, he apologizes in sheepish fashion, then carries on fielding questions about the team.

However, if you’re unable to watch the video, this photo of Mariota during the recent Q&A should adequately convey the impact of the guilt trip his mom sent him on.

Yeah, we’re all familiar with that look. It’s heartening to know that Mariota doesn’t even escape his mother’s judgment as a multi-millionaire athlete. Manners are manners, no matter what station you occupy.