Hiking with his brothers and friends, Christian McCaffrey watched a 72-year-old man fall 20 feet onto a rock. 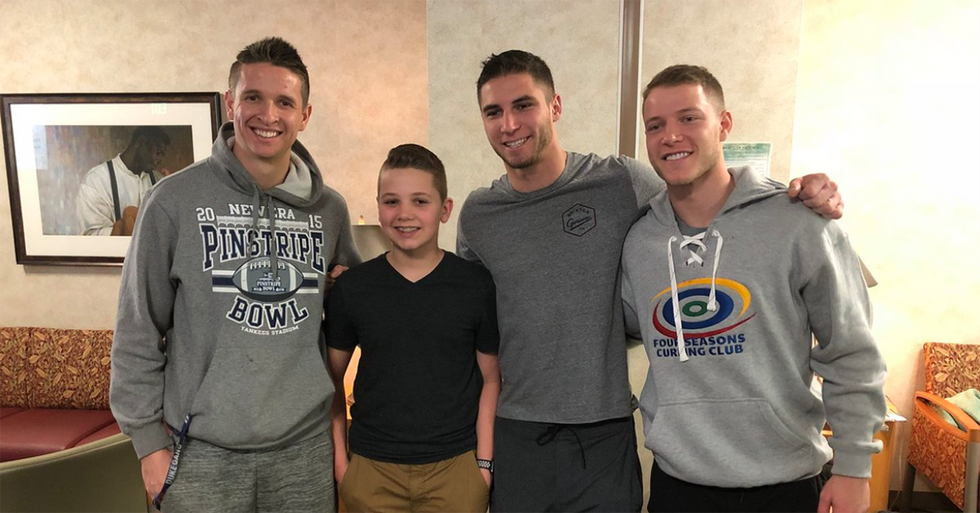 Carolina Panthers running back Christian McCaffrey was out for a leisurely hike in Colorado with a group when, in an instant, they witnessed a jarring and completely unexpected event.

Dan Smoker Jr. was hiking with his grandson Eli when the 72-year-old man fell off a ledge and onto a rock roughly 20 feet below. Nearby, McCaffrey’s party was hiking to the top of Castle Rock when they caught sight of Smoker falling through the air. They quickly ran over to the scene along with another onlooker named Chris.

“It felt like he was in the air for 10 seconds,” McCaffrey said. “I had never seen anything quite like that in my life as far as the trauma and the sound. We were in shock.”

The intervening group, which consisted of McCaffrey, his brothers Max and Dylan, his friends Michael Mann and Brooke Pettet, and an onlooker named Chris, quickly tended to the fallen man and noticed that his breathing had stopped upon impact. They quickly performed lifesaving measures.

Standing by watching the harrowing rescue effort was Eli Smoker, Dan’s 13-year-old grandson, who was calling his father, in California at the time of the incident, to let him know what happened.

After McCaffrey called 911, the paramedics arrived at the scene in a matter of minutes, taking Dan to the hospital where the man was treated for a broken femur and pelvis, internal bleeding, bleeding from the brain, nine fractured ribs, and a fractured neck.

Three days after the incident, on March 6, Dan remained in critical but stable condition — his likelihood of survival is high.

The day after the accident, McCaffrey and his family visited the hospital to check on Smoker’s family. It was at this time that Eli’s dad, who had arrived at the hospital to see to his father, realized the identities of the men who saved his father’s life.

“They introduced themselves and I still hadn’t pieced it together,” hesaid. “I can’t say I’d recognize Christian without his football gear on.”

The heroes posed for a quick photo at the hospital and were offered the gratitude of the entire Smoker family.

As the grandfather faces a long road to recovery, McCaffrey has remained in contact via text with Eli. “We all took it upon ourselves to check up on that kid,” McCaffrey shared. “It could be a lifelong bond between us. He experienced a lot in those five minutes.”