Texas Is On The Verge Of Banning Transgender High School Athletes 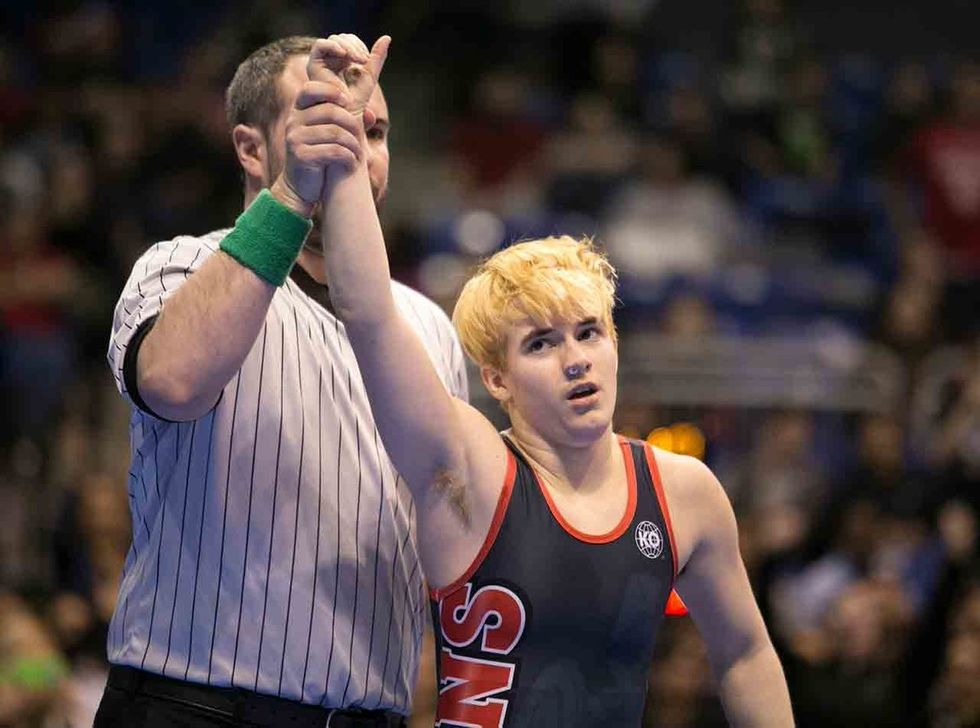 When Mack Beggs won the Texas high school state wrestling championship in March, an uproar ensued. Neither side of the argument was happy with the outcome. The high school junior was born a girl, but is in the process of transitioning to become a boy. However, outdated rules by the University Interscholastic League (the governing body for high school sports in Texas) required Beggs to wrestle against the girls, instead of the boys he wanted to compete against.

In the wake of the controversy, the Texas Legislature decided to take action. But, instead of changing the rules to allow Beggs and other athletes to compete against the gender they identify with post-transition, this bill would just ban them outright.

On Tuesday, the state Senate passed SB 2095,​ written by Republican Bob Hall under the guise of keeping steroids out of high school sports. The bill’s opponents didn’t fall for that concern-trolling spin.

"The real intent of the bill is to keep young transgender athletes from participating in sports," Democrat Sylvia Garcia of Houston, told CNN. "We need to make sure they're free to participate just like everybody else."

This bill works by creating a backdoor way to prevent the transgender students from competing. When an athlete like Beggs is transitioning, he takes steroids. However, because he has to compete against whatever gender is listed on his birth certificate, he remains in the girls division. Against girls, those steroids give him an advantage. So, steroids should be banned, right? Well, they already are.

An athlete can’t just take steroids for performance enhancement. However, there is a therapeutic-use exemption, meaning that an athlete can be on a doctor-prescribed steroid regimen and compete with the proper medical clearances. This bill would allow the UIL to ignore legitimate medical usage of steroids and ban a competitor. If it passes the state house, Beggs may not get to defend his state title next year.

In the case of Beggs, this problem would be solved if the UIL would change the birth certificate rule and allow him to compete against boys. This bill, if it becomes law, will only make things worse. The Texas legislature and high school sports governing bodies across the country need to work on finding the most equitable and fair solution to allow transgender athletes to compete under their new gender. Passing outright bans is not the answer.