For the second time in human history, scientists are about to rid the world of a devastating disease 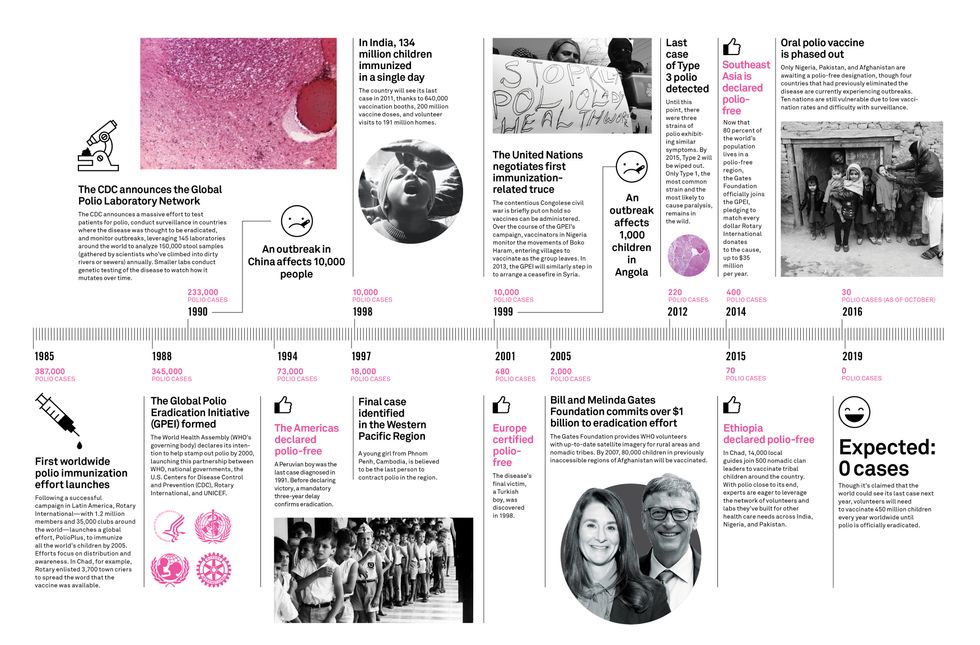 Before Jonas Salk and his team invented a vaccine for the polio virus in 1952, humans had battled its paralyzing effects for a millennia. But a 30-year endeavor to rid the world of the incurable disease will render it virtually extinct by the end of 2017. This monumental achievement, rivaled only by the eradication of smallpox in 1980, is the result of coordinated efforts by scientists and volunteers to track its spread and deliver vaccines both orally and by injection to billions around the world.