Evolutionary Psychology Explains Why Haunted Houses Creep Us Out

It can be a chilling experience 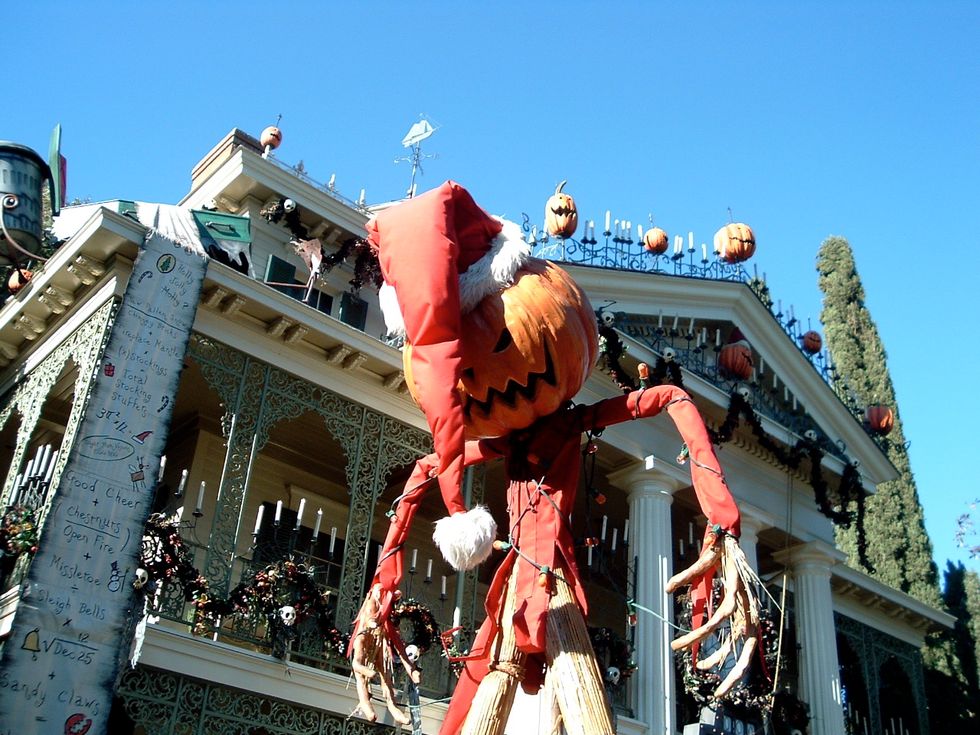 The Haunted House is a time-honored horror setting. All of us have shivered our way through spooky flicks such as The Haunting, The Amityville Horror, The Sentinel, and Poltergeist.

It’s not only at the movies that we pay good money to frighten ourselves to death: Commercial haunted houses are an integral part of 21st-century Halloween theater, with an estimated 5,000 such attractions operating in the United States each year.

The portrayal of cinematic haunted houses has remained remarkably consistent across time, and the architects of our annual macabre Halloween rituals incorporate all of the same bells and whistles (okay, creaks and groans) that we’ve come to expect.

From a psychological point of view, the standard features of haunted houses trigger feelings of dread because they push buttons in our brains that evolved long before houses even existed. These alarm buttons warn us of potential danger and motivate us to proceed with caution.

Haunted houses give us the creeps, not because they pose a clear threat to us, but rather because it is unclear whether or not they represent a threat.

This ambivalence leaves you frozen in place, wallowing in unease.

For example, it would be considered bizarre and embarrassing to run screaming out of a house that makes you feel uneasy if there is actually nothing to fear. On the other hand, it could be perilous to ignore your intuition and remain in a place that is dangerous.

These are the psychological mechanisms behind feeling “creeped out.” They may be useful if they help you maintain vigilance when threat is uncertain. They also help you manage the balance between self-preservation and self-presentation (i.e., presenting yourself in a socially desirable way).

While human psychology can explain what makes a haunted house so scary, it also provides the perfect guide to making one ourselves.

Evolutionary psychologists have proposed the existence of agent detection mechanisms—or processes that have evolved to protect us from harm at the hands of predators and enemies.

If you’re walking through the woods alone at night and hear the sound of something rustling in the bushes, you’ll respond with a heightened level of arousal and attention. You’ll behave as if there is a willful “agent” present who is about to do you harm.

If it turns out to be a gust of wind or a stray cat, you lose little by overreacting. But if you fail to activate the alarm response and a true threat is present—well, the cost of your miscalculation could be high.

Thus, we evolved to err on the side of detecting threats in ambiguous situations. Things that activate hypervigilance for malevolent supernatural (or natural) agents abound in large, drafty old houses; rattling or creaking sounds in upstairs rooms; the sighing and moaning of wind passing through cracks; ragged curtains fluttering in the breeze; echoes; and cold spots.

Research has consistently shown that we need more personal space while seated than while standing; more space when we are in the corner of a room rather than in the center of it; and more space in rooms with low ceilings.

We feel uncomfortable when our personal space is violated anywhere, but especially so in situations where we feel as if escape will become difficult.

Such feelings of discomfort are symptomatic of the fact that we are constantly—even if unconsciously—scanning our surroundings and assessing our ability to flee if it should become necessary.

Consequently, a haunted house is our worst nightmare.

The prototypical haunted house is in a remote, isolated location, far removed from the rest of society (think of the off-season resort hotel in The Shining, for example). If bad things do happen, help would be a long time coming, even if communication with the outside world were possible. (Conveniently, in old horror movies the telephones always stop working.)

Also, the darkness and confusing layout of the house may cause us to get lost; at the very least, it may slow us down. Escape could further be impeded by hedges, iron fences, or crumbling stairways, all of which are featured prominently in Hollywood haunted houses.

A womb with a view

British geographer Jay Appleton was the first to describe two crucial features that determine whether a place is attractive or frightening to humans: the more “prospect” and “refuge” a place offers us, the more attractive it is.

Refuge means having a secure, protected place to hide where one can be sheltered from danger, while prospect refers to one’s clear, unobstructed view of the landscape. Attractive places offer us a lot of prospect and a lot of refuge, or what landscape architect Randolph Hester refers to as a “Womb with a View.”

In the words of Appleton, these are, evolutionarily speaking, places where “you can see without being seen, and eat without being eaten.”

Unfortunately, most haunted houses make for a bad combination of very low prospect for us, and very high refuge for the creepy-crawly things that are lying in wait to get us. Research has confirmed that people experience such environments as unsafe and dangerous.

Such places also lack what environmental psychologists refer to as legibility. Legibility reflects the ease with which a place can be recognized, organized into a pattern, and recalled—in other words, a place that we can wander around in without getting lost.

Thus, the typical haunted house is large, dark, surrounded by overgrown vegetation, and full of surprising architectural features such as secret rooms and closets under staircases. Attics and basements are also must-have items, and, of course, spider webs, bats, rats, and insects make nice accessories.

The older the better

Most haunted houses have some sort of “legend” associated with them. It usually involves a story about a grisly death or accident. There even may have been a history of suicide and murder.

The older a place is, the more likely we are to perceive it as haunted because there’s been much more time for tragic things to have taken place.

Stimuli such as moldy odors, antiquated Victorian or Gothic architecture, wood interiors, and old portraits on the wall reinforce an ambiance of great age. Assuming that the house is no longer occupied, signs of life suddenly interrupted and frozen in time only amplify the fear factor.

For example, remnants of a half-eaten meal on a kitchen table or clothing laid out on a bed waiting for a homeowner who has apparently vanished without warning create a frightening ambiguity about what may have taken place in the house. (There are bonus points awarded if the house is conveniently located next to or on top of an old cemetery or burial ground!)

Ultimately, whether or not a house is perceived as haunted obviously depends upon something other than the physical features of the house. Just as important are the inherent beliefs of the person exploring the house.

Individuals who believe in paranormal phenomena and have expectations that creepy things might actually be present in such a place are more likely to engage in the sort of top-down, cognitive processing that induces fear.

For these people, otherwise innocuous but uncertain surroundings can become a chilling experience.

They know how to prevent megafires. Why won't anyone listen to them?