In preparation for an upcoming neo-Nazi march in the small Bavarian town of Wunsiedel, local residents decided to fight back in a hilariously perfect way. 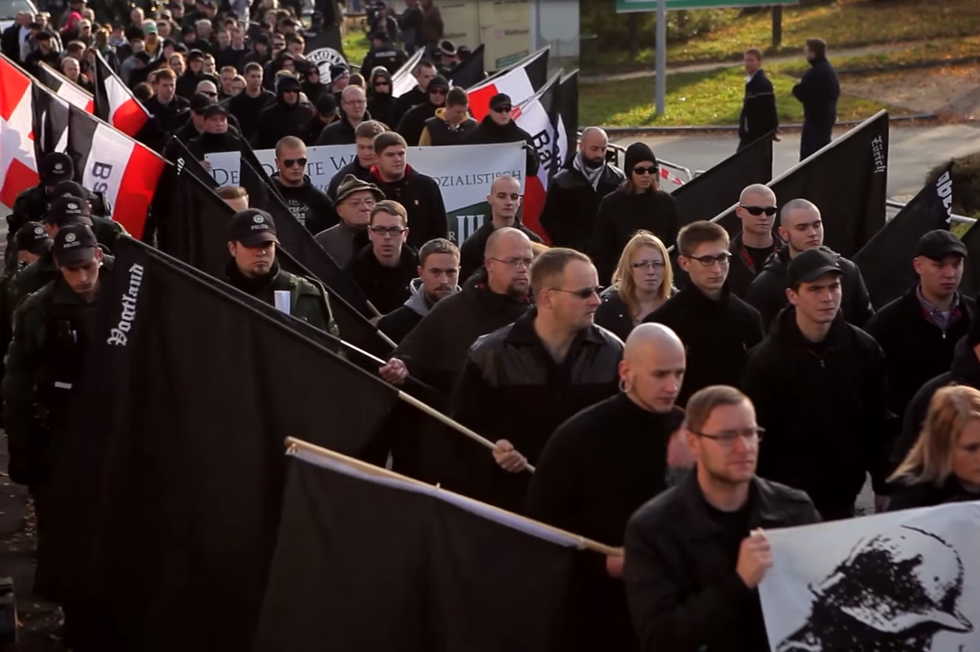 In preparation for an upcoming neo-Nazi march in the small Bavarian town of Wunsiedel, local residents decided to fight back in a hilariously perfect way: by sponsoring each of the 250 fascist participants. According to Heeb Magazine, "For every metre they walked, €10 went to a programme called EXIT Deutschland, which helps people escape extremist groups."

The anti-semitic walkers didn't figure out the town's scheme until they had already started their march, and by that time, it was too late to turn back. The end result? The neo-Nazis raised more than $12,000 to fund programs to put an end to neo-Nazis.