‘To learn that one of our employees is homeless makes me sick.’ 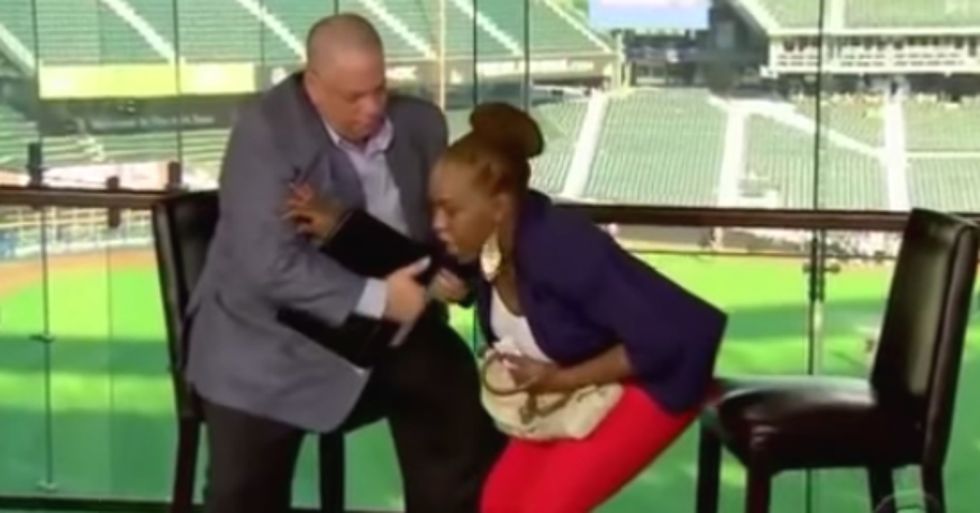 At the age of 25, Angel had a job working in a restaurant and became pregnant. Eventually, she was unable to work because of her pregnancy, so she was let go. Pregnant and penniless, Angel found that her only option was to move into a homeless shelter. She lived there for two years with her three children and, for Angel and her young family, it looked like there was no way out. But a stroke of luck combined with her amazing attitude and work ethic would change the lives of Angel and her children forever. Angel was working at Modell’s Sporting Goods in New York City when she unknowingly appeared on an episode of Undercover Boss. Her job was to train a new employee named Joey. But in reality, “Joey” was Mitchell Modell, CEO of the sporting goods giant, in disguise.

Throughout his “training” Modell was knocked out by Angel’s enthusiasm and customer service skills. “My first impression with Angel is that I’m blown away,” Modell said. “She understands how important customer service is and it’s great to see, as CEO, things that I totally believe in are being filtered down to the store level.” Modell (as Joey) told Angel that he applied for a job at Modell’s Sporting Goods because he had a pizza shop that closed down, and Angel’s response showed her amazing attitude. “Joey I think you’re very brave,” Angel said, “and I think sometimes you may have ups and sometimes you may have downs. As long as you drive yourself you’re going to be fine.” Angel then shared her personal struggles to encourage Modell to work hard, and he was profoundly moved. “I’m the one who decides how much our associates are paid,” Modell said, “and to learn that one of our employees is homeless makes me sick.”

At the end of the episode, Modell revealed that he’s actually the CEO and promoted Angel to assistant manager, giving her a $14,000 annual raise, but that wasn’t all. He couldn’t stand her living in a homeless shelter with three children so he did something unbelievable. Modell gave her a check for $250,000, saying through his tears, “I want you to move out of there immediately, like tonight.” Angel was so shocked that she fell to the ground.