Forbes Honors Education Innovators Under 30. But, Um, Where Are The Teachers?

Here are three educators who could have made the cut. 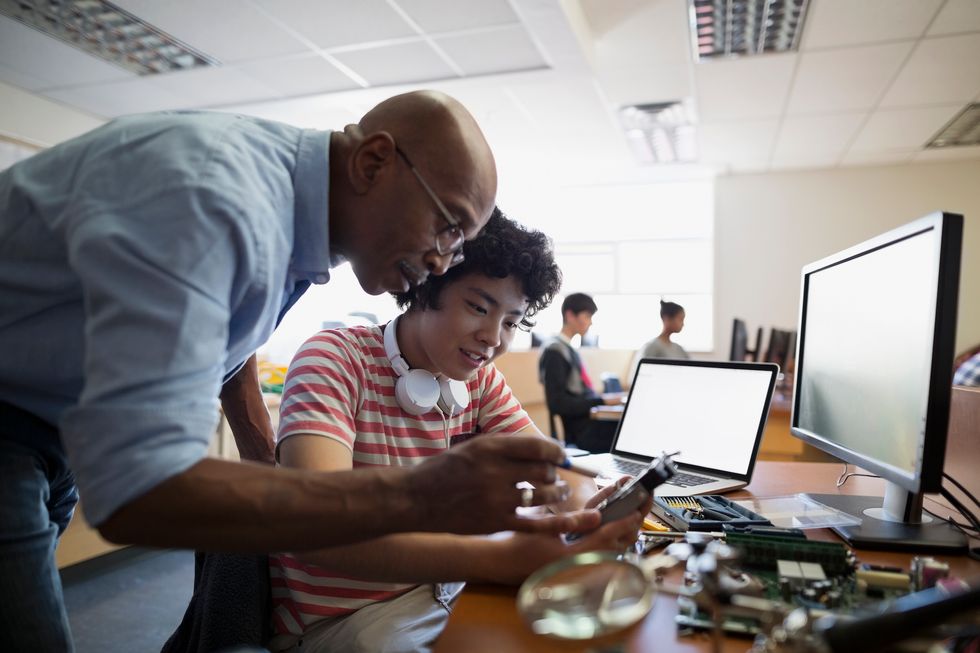 Being an educator is one of the most difficult jobs in the world. As a former middle school English teacher, I often cite it as the hardest — and by far the most stressful — gig I’ve ever had. After all, standing in as a surrogate parent, mediator, counselor, and mentor is tough enough, but doing it all (and then some) while covering a seemingly endless number of the state standards and information? Damn near impossible.

Still, millions of teachers head into their classrooms each day to mold the next generation of leaders — all while being chronically underpaid and often undervalued. Because teachers and principals don’t get enough love, I was excited to read about the next wave of innovative educators on Forbes’ recently released 30 Under 30 in Education list.

But there’s one major problem — no teachers made the cut.

While Forbes gets props for recognizing a super diverse group of honorees who are “bringing access and opportunity to the classroom and beyond,” the list is filled heavily with those outside of the public education sector. There are tech honchos like Jopwell cofounder Ryan Williams, content creators like Weird Enough Production’s Tony Weaver, and entrepreneurs like Melissa Lee, co-founder of The Green Program. But there’s only one person from a school district — Fatema Basrai, executive director of leadership at the San Antonio Independent School District — and none of the folks on the list make their living inside a classroom.

Valerie Strauss of The Washington Post explains why excluding school-based educators from the list of honorees is problematic:

“Without even a single representative of the several million teachers whose job it is to educate some 50 million kids in America every school day, the list could be read as an indictment of traditional education and a complete disregard if not rebuke of the teaching profession. It is right in line with the ‘reform’ movement seeking to ‘disrupt’ traditional education with technology and big data, which critics say is intent on privatizing the public school system.”

I could go on about Forbes’ major oversight, but I’d rather shout out a few teachers who deserve to be recognized. And if the business magazine wants to highlight actual hardworking educators under 30, here are a few for its next list.

What I love most about principal @JonCrossley_AR's approach in @teachusallfilm: full COMMUNITY engagement. It takes… https://t.co/qraTCQiV8L
— Sonia Lowman (@Sonia Lowman)1509729019.0

When Little Rock, Arkansas, decided it needed to completely transform its schools back in 2015, it turned over control of Baseline Academy, a formerly low-performing elementary school, to Jonathan Crossley, a then 26-year-old teacher who’d never been an administrator before. Named Arkansas’ Teacher of the Year in 2014, Crossley had experience helping his students succeed. In four years as a high school English teacher, he increased the number of students who scored proficient on state tests from 32% to 92%. During his short time as principal, Baseline Academy has become a model of how a diverse school in an economically challenged area can begin to turn around.

Ryan James’ mother wanted him to be a pediatrician, but he had other plans. After graduating from James Madison University in 2011, the Virginia educator began teaching middle school social studies at Lucille M. Brown Middle School in Richmond. In 2015, he was named the school’s teacher of the year, and this month he was honored with the Milken Educator Award, dubbed the “Oscars of teaching,” for his tireless commitment to his students, many of whom deal with poverty, homelessness, and other trauma.

There are countless innovative, dedicated, and effective teachers all across America; it’s time they start receiving the respect (and let’s be real, the pay) they deserve.