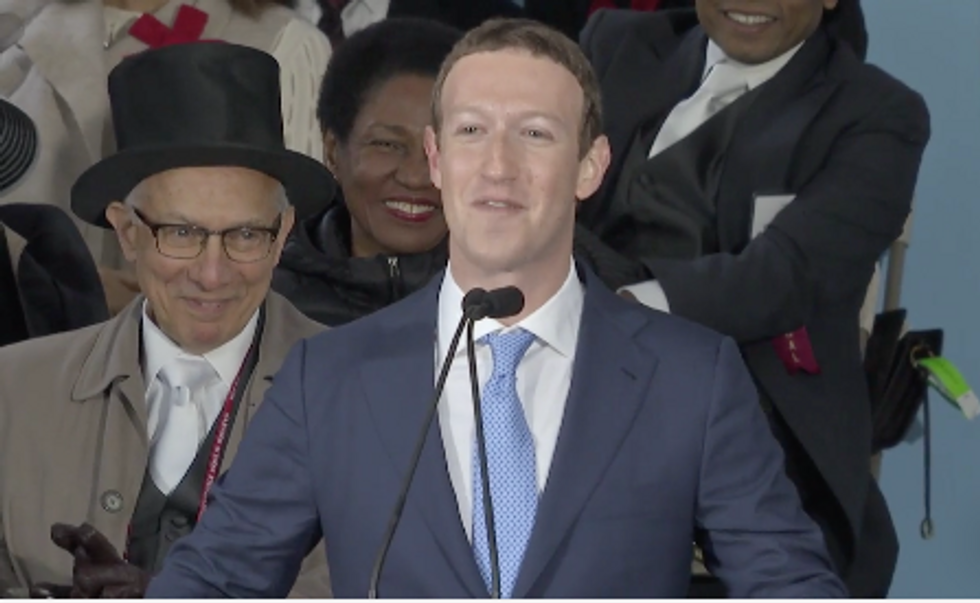 Mark Zuckerberg has jokes about being a college dropout. “If I get through this speech, it'll be the first time I actually finish something at Harvard,” he quipped on Thursday, during his commencement speech to the Ivy League university’s class of 2017. And while his speech touched on issues as varied as climate change and universal basic income, education took center stage.

Zuckerberg, who is worth $72 billion, told the audience that, “There is something wrong with our system when I can leave here and make billions of dollars in 10 years, while millions of students can't afford to pay off their loans, let alone start a business.”

He also described how his wife, Priscilla Chan Zuckerberg, worked as a teacher and asked him to spend some time teaching students so that he would understand the issues. “I complained: ‘Well, I'm kind of busy. I'm running this company.’ But she insisted, so I taught a middle school program on entrepreneurship at the local Boys and Girls Club,” he said.

Zuckerberg explained how he “taught lessons on product development and marketing, and they taught me what it's like feeling targeted for your race and having a family member in prison.” Five years later, those students will be enrolling in college in the fall. “Every one of them. First in their families,” he said.

But perhaps the most poignant part of the speech is toward the end where Zuckerberg gets choked up talking about how one of those students is undocumented. “It says something about our current situation that I can't even say his name because I don't want to put him at risk,” said Zuckerberg. “But if a high school senior who doesn't know what the future holds can do his part to move the world forward, then we owe it to the world to do our part too.”

After the speech, Zuckerberg wrote a note on Facebook explaining the main point of his speech was to emphasize that “the challenge for our generation is to create a world where every single person has a sense of purpose.” Oh, and it seems he can’t call himself a college dropout anymore. Harvard awarded him an honorary doctor of laws degree.