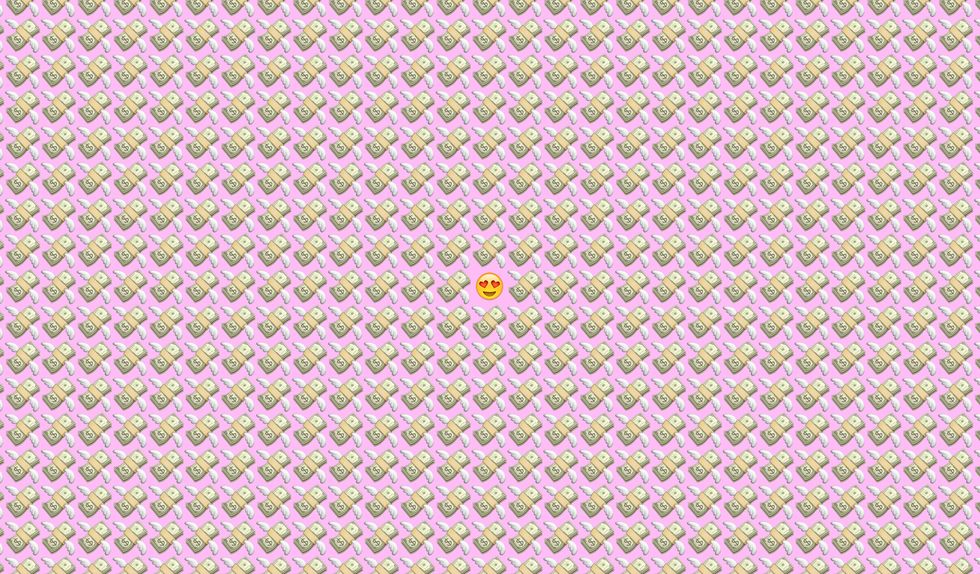 Last March, my girlfriend suggested we split the cable bill via Venmo, so I transferred $20 to her on the digital payment app—easy enough. Before the deal was done, prompted to leave a mandatory description, I dully wrote, “cable bill,” and shot it off. But as I scrolled through my public feed, absorbing the emoji-peppered activity log from my Venmo connections, I realized I was not only vastly underutilizing the comment section, but that I was missing out on a telling glimpse into my friends’ social lives. Instead of the carefully filtered Instagram posts and thinly veiled, humble-brag Facebook updates cobbling together a shiny illusion of my friends’ comings and goings, I was seeing their real social lives play out through the emerald-tinted lens of how they spent their money. Seeing these transactions meant it happened, monetarily and definitively—rent, concerts, dinners out, sly descriptions of “goods,” and more. I was hooked.

What’s more, Venmo removed the pressure from the occasionally awkward experience of dealing with money. Attaching an ironic or completely inane string of emoji or a silly metaphorical message to wire transfers makes Venmo almost ... pleasurable, whereas handing someone $60 in cash is painful to the point where I might put it off until it’s even more uncomfortable.

Still, for all of the modern generation’s touting of technology, mobile banking options have struggled to find traction. In 2015, just 12 percent of banking customers used a digital wallet, up from 7 percent in 2014. Blame the still rampant skepticism surrounding mobile payments, but Venmo’s genius integration of social engagement may be just the ticket to guiding users beyond security concerns and onto their platform. It’s the millennial feature everyone else missed, which may be one reason Venmo processed $2.5 billion in 2015’s fourth quarter, a 174 percent growth from the previous year.

When I see rent payments light up my feed every first of the month, it reassures me that I’m not the only one in my generation who still can’t plunk down a mortgage payment yet. This fiscal tidbit—and the fact that I know who had sushi together last night—are the little things that make Venmo so satisfying.