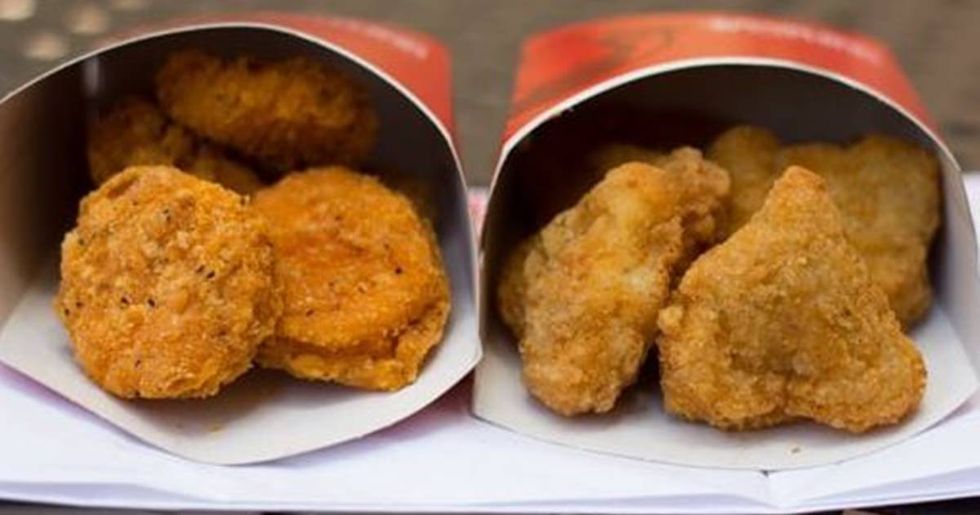 Last month, a fast-food war ignited on Twitter when Wendy’s burned McDonald’s in a clash over fresh-versus-frozen beef patties.

But Wendy’s may have to pay up after a snarky reply to a big fan could come back to bite them on the buns.

While 18 million retweets seems nearly impossible, as of Friday morning, Carter Wilkerson had already reached the million mark and Wendy’s can’t believe it:

To put things in perspective, the most retweeted tweet in the social media platform’s history was Ellen DeGeneres’ famous Oscars selfie which earned 3.2 million retweets. Wilkerson’s tweet would have to be retweeted by five percent of Twitter’s users to reach his goal, but he has help. Someone set up a GoFundMe page with a $62,000 goal to buy him enough retweets to get him to 18 million. But that seems a bit excessive being that Wilkerson would only need $1,960 to buy a six-piece nuggets for breakfast, lunch and dinner, every day for an entire year.

A hashtag has been set up to help Wilkerson meet his goal and even Microsoft is using it.