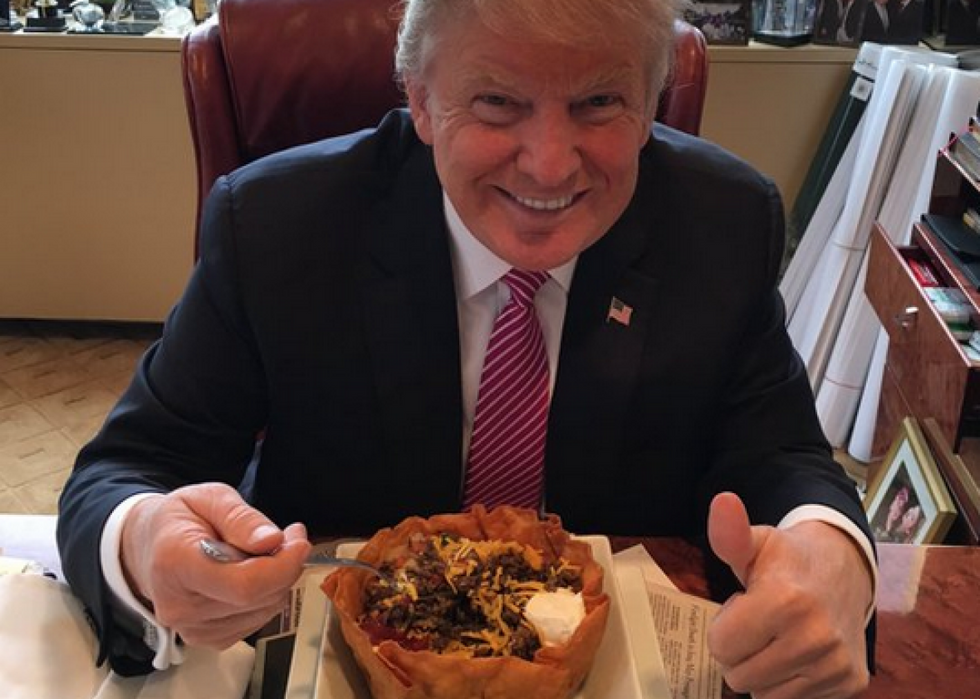 When you head to the polls this November ask yourself one thing: Do we want a commander in chief who can’t tell the difference between tasty fresh french fries and freezer fare? Do we really want someone with their hands on the nuclear option who can’t even pick the right snack option?

Twitter user @JenDeaderick, a writer and social media expert who is working on a graphic novel about the history of the Equal Rights Amendment, hopped on the social media site to dash off a recently remembered story told to her by a former roommate about the one and only Republican presidential nominee, Donald Trump. Said roomie was a pastry chef at a Trump-owned restaurant at the time and had a pretty epic tale to tell.

Oh! I have a Trump story from a long-ago roommate who was a pastry chef at one of his restaurants! I guess I should tell it.
— Jen Deaderick (@Jen Deaderick)1475708344.0

Trump came in for a meal with people. I was going to say people he wanted to impress, but those are the only people he eats with.
— Jen Deaderick (@Jen Deaderick)1475708407.0

With his dinner, he got French fries. Maybe it was steak frites, but still, you know, whatever: ordering fries at his schmancy restaurant?
— Jen Deaderick (@Jen Deaderick)1475708487.0

Finally, the head chef sent someone to a supermarket to buy Ore-Ida frozen fries. Served them to Trump, who pronounced them perfect.
— Jen Deaderick (@Jen Deaderick)1475708619.0

I wouldn't normally mock anyone for liking Ore-Ida fries, but I'll mock Trump for it, because he's a dick who sends things back to show off.
— Jen Deaderick (@Jen Deaderick)1475708905.0

We love that last touch, where she clarifies that it’s not the Ore-Ida fries she’s knocking (who among us doesn’t have a guilty pleasure or two hiding in the freezer), but rather the guy who feigns fry expertise, and yet can’t tell the difference between high-brow and low-brow food.

We’re waiting on an announcement from the Trump camp.