A Pew study showing the decline of marriage among lower-income groups, among other findings, is visualized here. 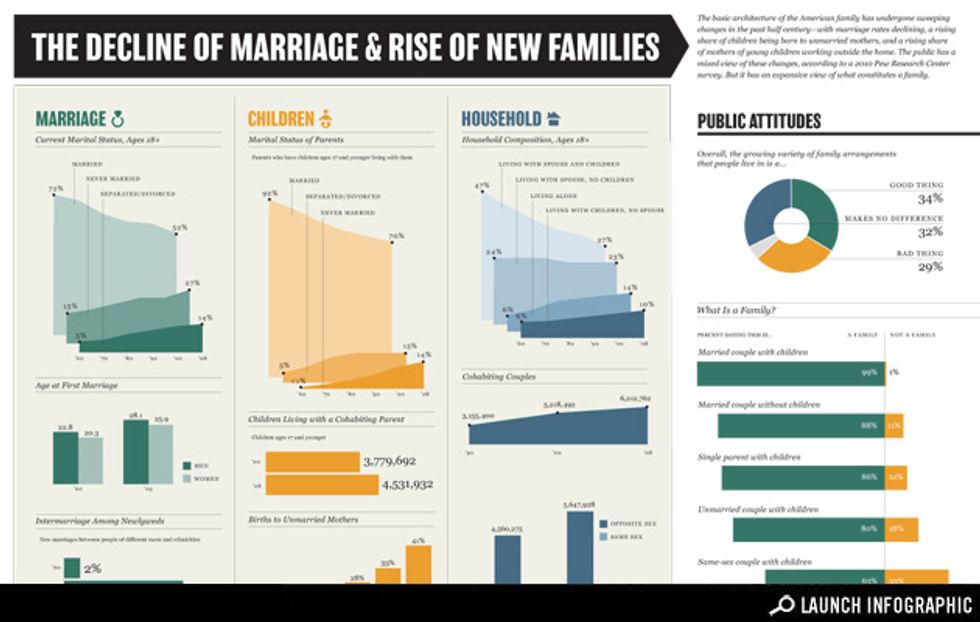 A recent study by Pew made waves by announcing some curious findings about the decline of marriage in America. Says the study:

A new “marriage gap” in the United States is increasingly aligned with a growing income gap. Marriage, while declining among all groups, remains the norm for adults with a college education and good income but is now markedly less prevalent among those on the lower rungs of the socio-economic ladder. The survey finds that those in this less-advantaged group are as likely as others to want to marry, but they place a higher premium on economic security as a condition for marriage. This is a bar that many may not meet.

This infographic, made by Pew and hosted here at GOOD, illustrates exactly what the state of marriage is right now in the country: who is getting married, who isn't, and why. Click here to see it full size.