Who Cares About Romney's Money? What Matters Is How He'd Tax It

Romney's fortune isn't the point-—it's that he'd cut his own taxes in half as president. 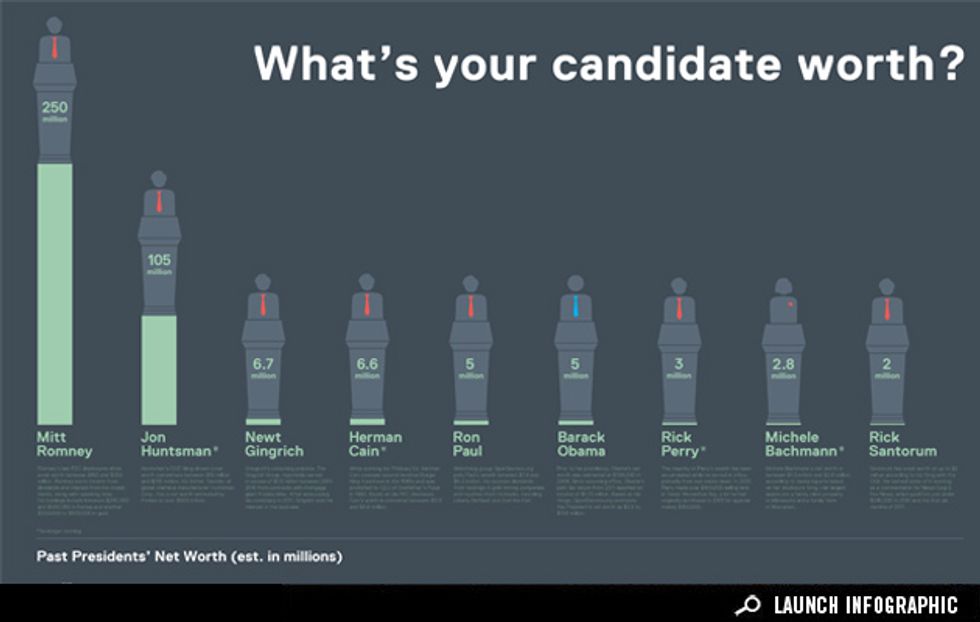 Yes, the numbers are pretty staggering—last year, the man made more money in 13 hours than the average American made in a year. But as we learned from Warren Buffett and the We Stand With the 99 Percent Tumblr, some rich people want a fair distribution of income, too. Lyndon B. Johnson, the president who launched the War on Poverty, was one of the richest presidents ever, with an adjusted net worth of $80 million. John Kerry's tax rate was even lower than Mitt Romney's, but he promised to raise his own taxes if he were to become president.

This year, every candidate is a millionaire. So let's focus on what policies they're pushing for people like them, not just their annual income. If Mitt Romney became president, his own unbelievably low tax rate would be cut in half, while millions of middle-class families would have to pay more. He's pledged to allow "job creators," i.e. rich people, to get even richer. Frankly, we should be more worried about that plan than any individual bank account.

An earlier version of this piece stated that Romney made the average American salary in 13 minutes, not 13 hours.