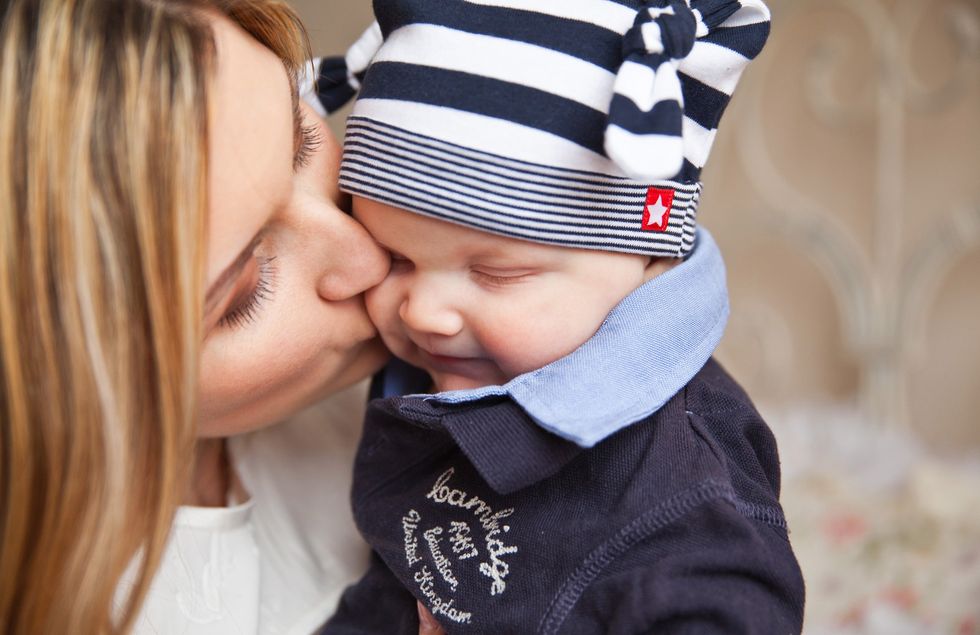 We’re told gender equality in the workplace is the best it’s ever been. Forty years ago, only half of all women in the United States worked, compared to 80 percent of men, and those that did earned just 55 cents to a man’s dollar. These days, women make up half of the nation’s workforce, and those between the ages of 25 and 34 are earning 93 percent of what a man their same age earns. There are now even some fields where women are outearning men. We’re not there yet, but workplace equality seems to be improving—that is, until you have a kid. While studies have found that the gender pay gap is decreasing, it’s unfortunately not the case for mothers. For parents, the gender pay gap is getting even worse.

It’s so bad, in fact, that motherhood is shockingly one of the strongest predictors of bankruptcy and poverty. Today’s women incur what sociologist Michelle Budig calls a “motherhood penalty”—whereas men are rewarded with a “fatherhood premium.” In her research analyzing income within the context of age and children, Budig found that women, on average, earn 4 percent less per child they birth or adopt. At even a modest salary of $50,000, that’s a $2,000 per year penalty. Men, on the other hand, earn a 6 percent bonus per procreation. So if you’re balking at the price of brunch this year, consider the fact that your mere existence may have cost your mother thousands.

This gap is, in part, due to the fact that women are more likely than men to take time off for their kids—or opt for a job that’s less time intensive (and often lower paid) to care for children. Research from Pew found that 42 percent of mothers reduce their work hours and 27 percent quit their jobs. For men, those numbers are much lower: 28 and 10 percent respectively. At home, the husband’s role has traditionally been the breadwinner, and it seems as though not much has changed, despite the advancements women have made. It’s tempting to leave the explanation at that, a symptom of tradition—women take maternity leave, act as stay-at-home parents, switch to a less taxing career. While problematic, it’s not surprising. But that’s far from the full story. In fact, Budig found that this only accounts for about one-third of the motherhood penalty. The rest is straight up bias.

“Fatherhood,” Budig says in her report, “is a valued characteristic of employers, signaling perhaps greater work commitment, stability, and deservingness.” Women, on the other hand, are judged more harshly by employers once they have children.

This paradigm is well-supported by other research too. Law professor Joan Williams reviewed the research on stereotyping in the workplace and found that mothers are considered lesser employees—they are assumed to be both less attentive to work and less capable. Researchers at Cornell University confirmed this as well. When they asked people to evaluate hypothetical job applicants, mothers were judged as less committed and less competent than nonmothers.

This bias plays out in an even scarier way than you’d think: Moms were six times less likely to be recommended for hire and offered a salary that was 8 percent lower than that of nonmothers. For men, it was the inverse; their salaries were even higher when they had kids. Researchers didn’t stop there. To test this theory in the real world, they sent out 1,276 fake resumes to real employers across a number of different fields. But the bias still held true: nonmothers were more than twice as likely to be called for an interview as mothers. Fathers were twice as likely to be called as nonfathers. In our workforce, children turn men into assets and turn women into liabilities.

“We’re trapped in this self-reinforcing cycle,” economist Sari Kerr told The New York Times. Couples will choose one parent to make career sacrifices for children, usually the person making less money. That’s often the mother, but the reason she’s making less in the first place is that she’s a mother. The problematic pattern continues: Women are paid less, with the problem exacerbated by fathers actually getting paid more.

Society already undervalues the work women do as mothers—cooking, cleaning, childcare—which they still do more of than men. And apparently, we also greatly undervalue and underpay what mothers do at work, further perpetuating the stigma around women’s roles. Even when couples reject the traditional breadwinner husband and child-rearing housewife roles at home, women’s lagging wages in the workplace reinforce the outdated structure. Women can make all the progress in the world, but until the workplace stops differentiating between mothers and fathers, women will continue to be penalized for being the ones to give birth.