Scenes of Solidarity in Falcon Heights 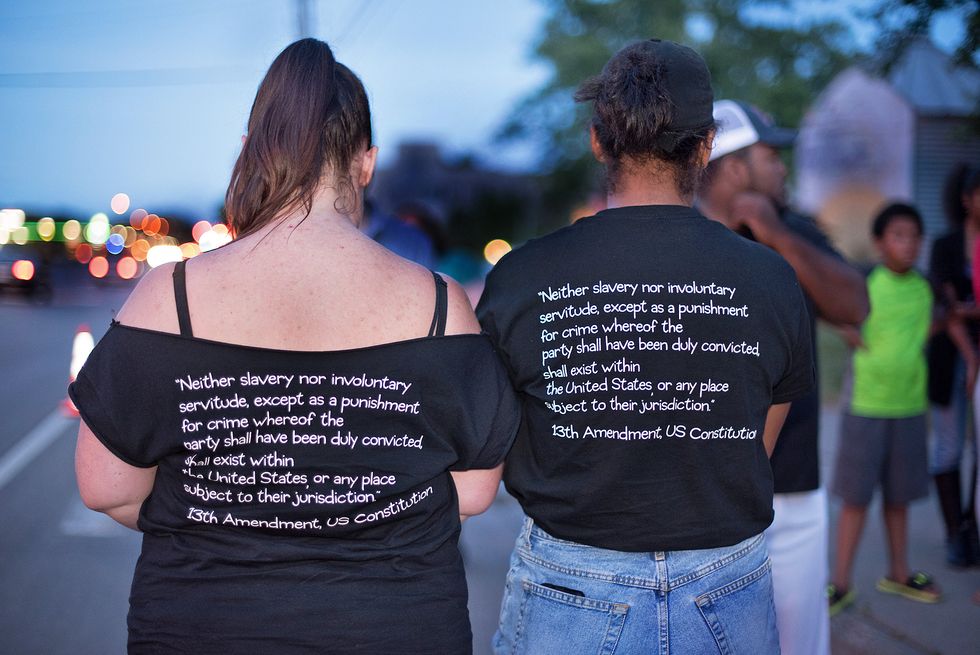 When the news broke that Philando Castile, a beloved cafeteria supervisor at a magnet school in Saint Paul, Minnesota, was shot and killed by a police officer during a routine traffic stop in a small Twin Cities suburb called Falcon Heights on Thursday, I was floored. Falcon Heights isn’t far from where I work a day job at another school in the Minneapolis area. I knew I had to go to the intersection where he’d been murdered.

Over the course of a few hours, it started storming. Despite the rain, more and more people gathered—all races, all ages, all sexual orientations—to bear witness and leave notes of remembrance and apology for Castile. Minnesota is a good-hearted, liberal state in the Upper Midwest; even this horrific moment of injustice couldn’t dampen our politesse, empathy, and Lutheran guilt. When the clouds finally broke, a rainbow appeared in the sky—an impossible good omen—though moments later, our phones lit up with alerts from CNN about the ambush of police officers that took place at a Dallas protest in support of Castile and Alton Sterling, another black male victim of police brutality this week.

In the above slideshow, you’ll find scenes of heartbreak, yes. But there are also scenes of hope. I believe the only way we’ll get past this terrible moment in American history is by being kind to each other. I know if we can do it in Falcon Heights, we can do it anywhere.