Most people in the United States couldn’t see it. 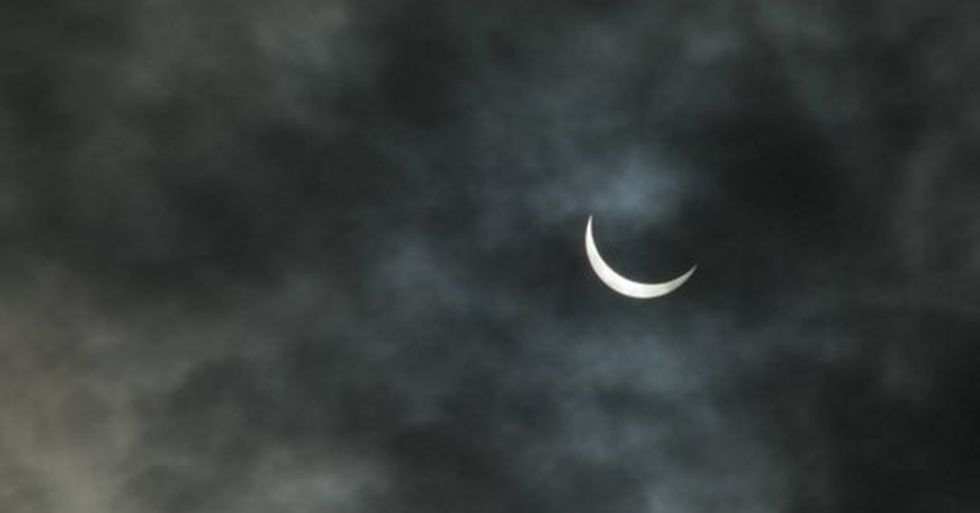 Yesterday there was a total solar eclipse, visible in Southeast Asia, and a partial eclipse that could be seen in Alaska, Hawaii, Guam, and American Samoa. A solar eclipse happens when the moon passes directly between the sun and Earth. A solar eclipse is an amazing sight for earthlings because we get to spend a few moments in the moon’s shadow as it blocks the sun’s light. Eclipses generally happen four times a year, although in some years (2013, 2018, 2019) there are five occurrences. If you’re lucky enough to make it to 2038, you can experience seven in the same year.

Here’s video of some guy losing his mind watching the eclipse from an Alaska Airlines flight.