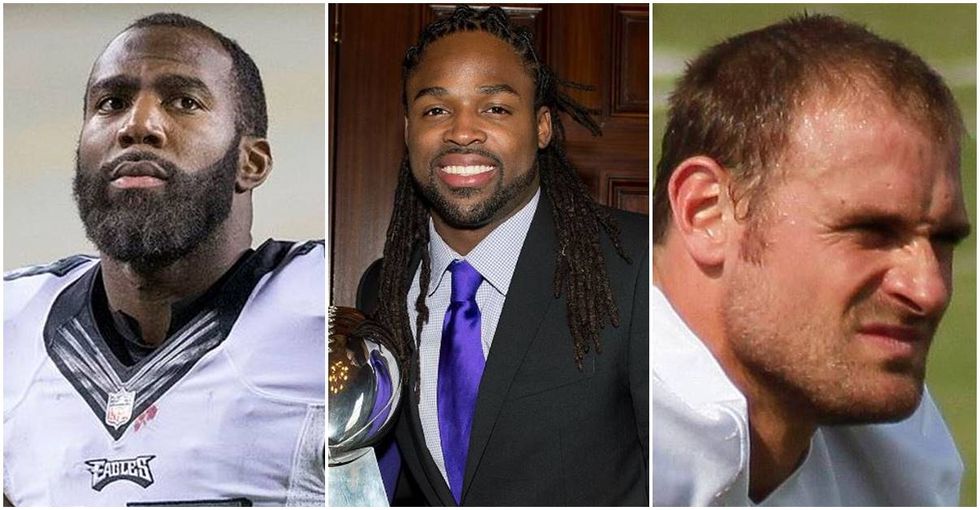 On Monday night, the Philadelphia Eagles improved to 6-1 after a strong performance against Washington. While most players would celebrate the next day by relaxing on their victory Tuesday, three Eagles players instead hopped on a train to the Pennsylvania state capitol in Harrisburg to lobby state lawmakers.

Malcolm Jenkins, Chris Long, and Torrey Smith went to Harrisburg to encourage lawmakers to support the Clean Slate Act. This proposal would automatically seal criminal records of people convicted of nonviolent misdemeanors after 10 years. Past convictions would no longer appear on background checks, making it easier for those with criminal records to find employment. The players also discussed mandatory minimum prison sentencing and transparency in policing.

The issue is personal for Jenkins. His younger brother was convicted of marijuana possession as a juvenile, which made it difficult for him to find employment as an adult. “It takes a lot of sacrifice but the ball has been rolled and that’s a good thing,” Jenkins told NBC Philadelphia. “We’ve seen other guys getting involved in their communities, other teams, other players. And a lot of that comes from leading by example.”

All three Eagles players are members of the Players Coalition, a group of more than 40 NFL players who’ve come together to push for changes to America’s criminal justice system. “We want to lend our voices to changing this flawed system, which is crippling our nation and especially affects people who are poor or of color,” Jenkins wrote in The Washington Post. Jenkins and retired Pro-Bowler Anquan Bolden announced the formation of the coalition in a video in September.

In our own words. This is not about protest. This is about reform. #PlayersCoalition pic.twitter.com/c8jLkqPD7T