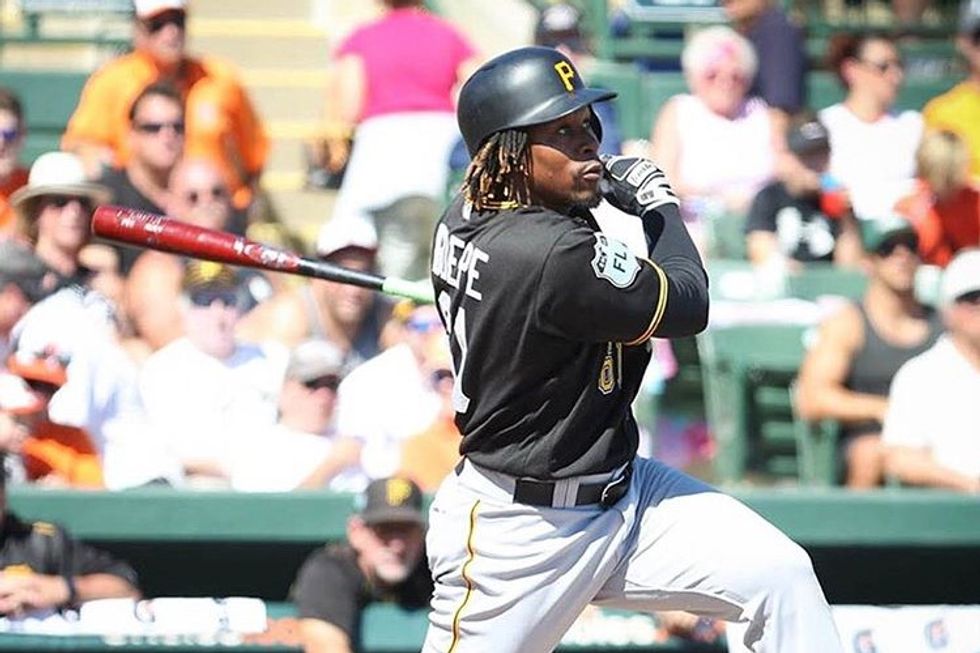 When the Pittsburgh Pirates called up Gift Ngoepe from the minors this week to join the big league club for the first time, he had a fan club half a world away eagerly awaiting his debut. Because when he took the field in the fourth inning of the game last night, Ngoepe became the first African-born player to appear in a Major League game.

“It means a lot to people back home. I’​ve been getting a lot of messages today from my friends and family. I’​ve had a tremendous crowd from South Africa cheering me on,” Ngoepe told reporters after the game.

With all the love from supporters back home, by the time his history-making moment arrived, it nearly overwhelmed Ngoepe. He admitted after the game that he had to hold back tears when he found out he was going in the game. But he was able to steady those nerves, and in his first ever at bat, he singled up the middle off of Chicago Cubs starter Jon Lester.

Ngoepe said he’​s dreamt of playing in the Major Leagues since he was 10, but it had to have felt a distant dream considering no one from the suburbs of his Johannesburg home, let alone the entire African continent, had ever made it to the highest levels of baseball. Pittsburgh scouts first spotted him at an MLB academy in Italy and signed him to a minor league deal back in 2008. He toiled in the minor leagues since then, becoming one of the team’​s best defensive prospects. When the club struggled on defense to start this season—the ​Pirates lead the league in errors—they ​called up Ngoepe to play second base.

After the a great debut, where he also drew a walk to go with his hit, he stood by his locker and reflected on what it meant for him to finally make it to the top of his sport.